The British flag would not be raised above Fort Sackville on the morning of February 25, 1779. British Lieutenant-Governor Henry Hamilton and his garrison marched out of the fort at 10 a.m. and surrendered to American Colonel George Rogers Clark. 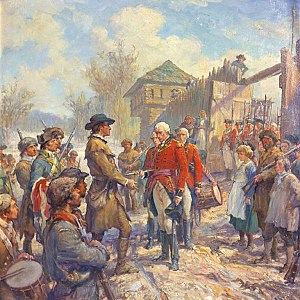 As a result of Clark’s brilliant military activities, the British ceded to the United States a vast area of land west of the Appalachian Mountains. That territory now includes the states of Ohio, Indiana, Illinois, Michigan, Wisconsin and the eastern portion of Minnesota.