She was highly competitive and a fearless, independent young woman with self confidence, beauty, ambition and brains. Harriet Quimby did not marry, drove an automobile, used a camera, a typewriter and flew an airplane. Any of these individually would have been a problem for men in the late years of Victorian America, but all of these accomplishments rolled into one woman were impossible for most men to deal with. 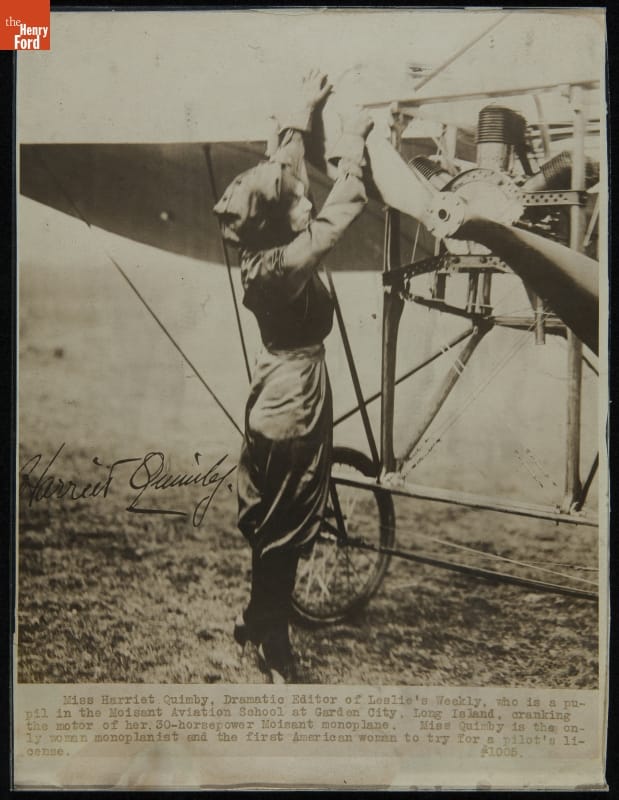 A true Renaissance woman, she was also a drama critic for Leslie’s Illustrated Weekly; a motion picture screenwriter and actress; a stage actress; and even a spokesperson for Vin Fiz grape soda.