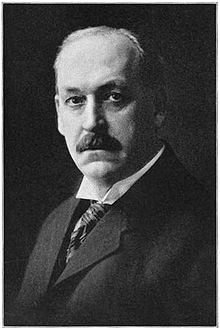 Once asked by the newspaper what he did for recreation, Clarence Burton replied, “work hard at old books.” Blow him a kiss next time you visit the library.

Clarence Monroe Burton was born in Whiskey Diggings, a California gold rush town, in November 1853. His parents – Charles Seymour Burton, a doctor, and Annie Monroe Burton, a poet – had come to California in a wagon train from Battle Creek, Michigan, earlier that year.

Whatever fortune they sought there, they must not have found it, because they packed up and set out for home on the steamer Yankee Blade the following fall.

On October 1, lost in fog off the coast of Point Arguello, the Yankee Blade struck a rock. The boat broke in two.

Annie Burton, with baby Clarence on her hip and pieces of gold sewn into her skirts, tried to jump from the ship into a waiting lifeboat. She missed her mark and the two of them plunged into the rocky Pacific waters, but someone in the lifeboat grabbed Annie and pulled her and her son aboard.

Dozens of passengers drowned when the Yankee Blade sank. All of the Burtons survived. By 1855, they were back in New York. Auspicious beginnings for a man who would grow up to be – by most standards of polite society – kind of a bore.