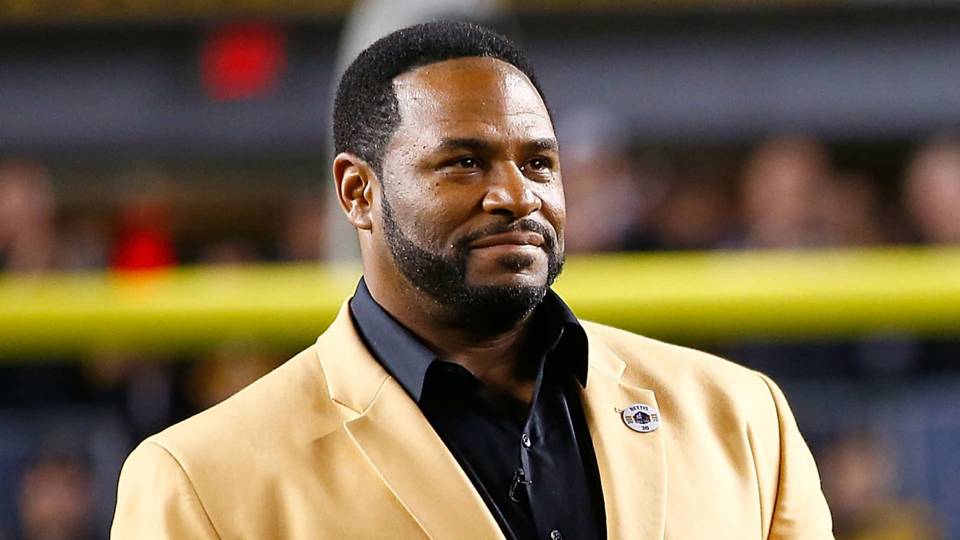 Jerome Bettis will be inducted into the Pro Football Hall of Fame on Saturday. He is one of the most iconic running backs of the last 20 years, a hard-hitting throwback with one of the game’s great nicknames who ended his career in fairytale fashion with a championship in his hometown.

But really, when you look back at Bettis’ career, the man they call “The Bus” probably never should have found a path to the NFL, much less to the podium he will soon stand on in Canton, Ohio.

While other kids were playing youth football and carrying their pads to practice, Bettis was competing in bowling tournaments with his family, carrying a briefcase to middle school, wearing thick-framed glasses and battling asthma.

Bettis rushed for 13,662 yards in 13 seasons for the Pittsburgh Steelers and the Los Angeles Rams. But he had almost no football pedigree and didn’t play running back until his junior year at Detroit Mackenzie.

And when he made some poor choices in high school, if it weren’t for the intervention of a coach, Bettis’ career might have ended, along with his life.

But this what Bettis did have: Detroit and his family, an extremely strong work ethic and enough sense to rely on the good people around him.