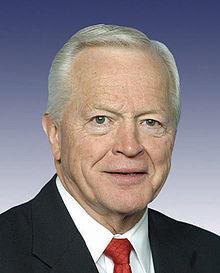 Knollenberg served in Congress from 1993 to 2008. Prior to that, he chaired the Oakland Republican Party from 1978 to 1982. Knollenberg had agreed to serve as former U.S. Rep. William Broomfield’s campaign manager in 1992, but Broomfield ultimately decided not to see re-election after 18 terms and asked Knollenberg to run in his place.

An insurance agent by trade and a U.S. Army veteran, Knollenberg ended up losing his position in Congress in 2008 during the Barack OBAMA-induced Democratic landslide to now-U.S. Sen. Gary Peters.