Acting on orders from Washington, Hull crossed the Detroit River on July 12 without opposition and established a base at what is now Windsor, Ontario, with plans to attack British-held Fort Malden at Amherstburg. By early August, however, with British and Indian forces rumored to be approaching, and concerned about the dependability of his volunteer troops, Hull abandoned this plan and returned with his army to Detroit. The British, under the aggressive command of Major General Sir Isaac Brock, followed them and began to bombard the city from the Canadian shore. In an effort to draw reinforcements, Hull sent four hundred of his troops to make contact with the American forces on the River Raisin. Unfortunately this information was intercepted by the British and Brock, now aware of the Americans’ reduced strength, crossed the river on August 16 and attacked Detroit directly. Outnumbered, with supplies running low, fearing a massacre of women and children, and unsure of the reliability of his remaining fighting force, Hull surrendered Detroit to the British without opposition. While historians now disagree as to the extent of Hull’s responsibility for the debacle, his reputation was ruined. Sentenced to death by a court-martial, he was granted a reprieve by President James Madison on account of his distinguished service in the Revolutionary War and spent the remainder of his life attempting to clear his name.

The REO Motor Car Company did its part to support the nation during World War II. Even before the U.S. became involved, REO supplied trucks for the lend lease program to Canada, the U.K., and Russia.  In addition to trucks, REO also built depth charges for the U.S. Navy. 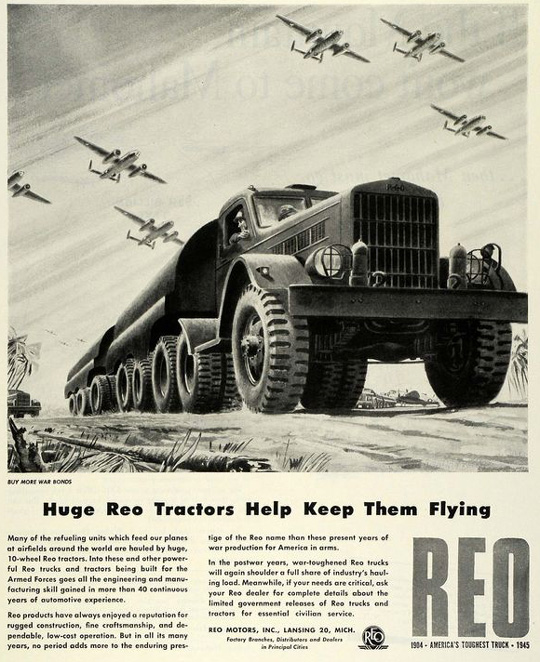 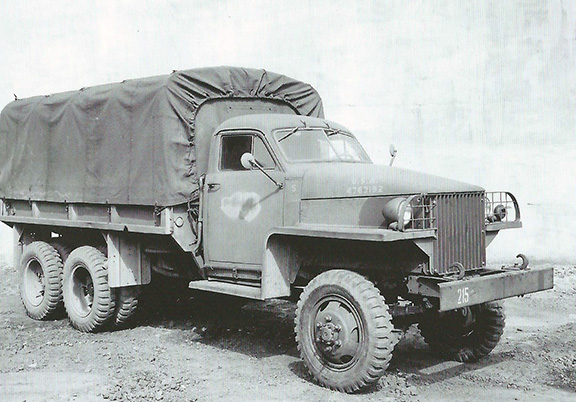 This Reo built Mark 229 Hydrostatic Tail Fuze was used by the US Navy during WWII in its 650 and 1000 depth charges. The fuze is 16.33 inches long with a diameter of 3.25 inches, while the sixteen blade arming vane is 5.25 inches in diameter. Depth settings were made by a hand dial on the device and could be set for 25, 50, 75,100 and 125 feet. The small hole on the left end of the body was used to inserting a pin into the device to disarm it. This was an explosive and dangerous device. Author’s photo from the RE Olds Museum in Lansing, MI. 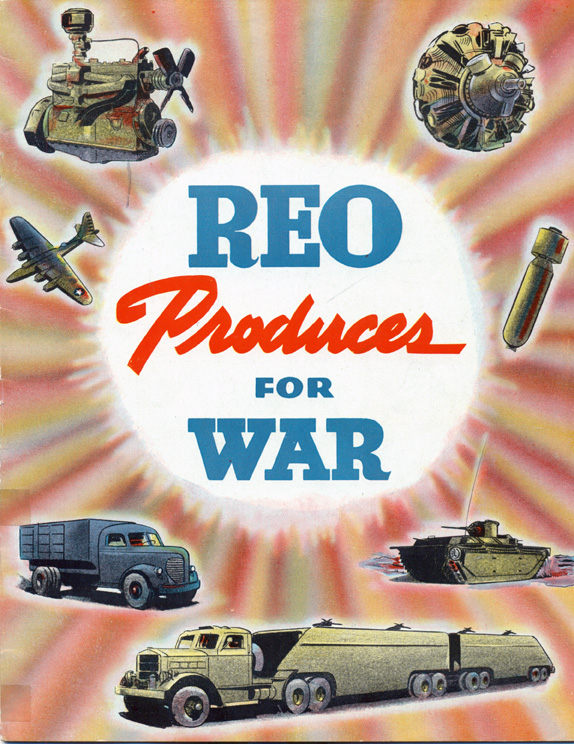 When Michigan Radio first went on air on July 5, 1948, only 500,000 people in the United States owned a radio set. There were only fifty FM channels in existence, and only 8 educational channels. 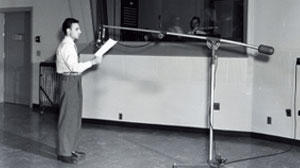 With a full time staff of five people, including Director of Broadcasting Waldo Abbott, the station began broadcasting from temporary studios in Angell Hall on the University of Michigan campus. Students used the space for classes from 8:00am until 2:00pm, and WUOM then went on the air from 2:30pm until 8:00pm. The station was off the air most Saturdays and broadcast for only two hours on Sundays. 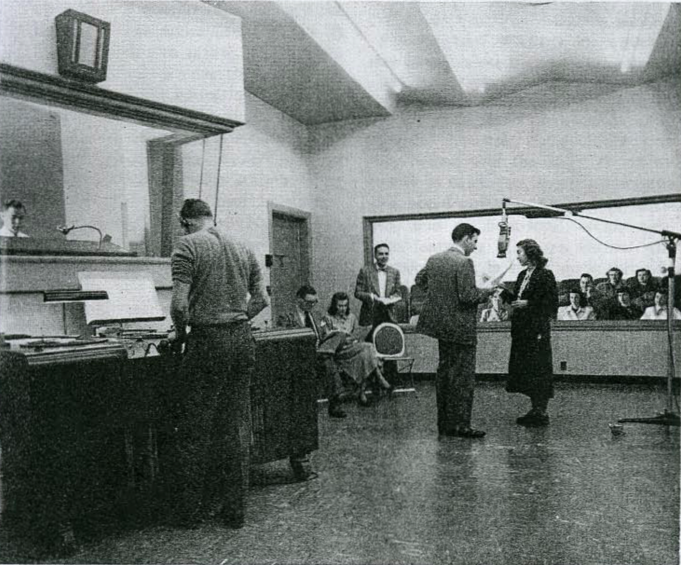 Much has changed since then. Michigan Radio now consists of three stations (WUOM – 91.7 FM, WVGR – 104.1 FM, and WFUM – 91.1 FM), and broadcasts public radio news and information programming 24 hours per day, 7 days per week to an audience of approximately 500,000 listeners across southern Michigan. Even so, Michigan Radio still fulfills the original purpose of the University’s broadcasting service, to provide “… stimuli for a broader knowledge, fuller understanding, and deeper appreciation of the humanities, of the sciences, and of social, economic and civic problems”.

In 1989, WUOM officially adopted the new name of Michigan Radio to better reflect the network’s large coverage across much of the state. In 1996, Michigan Radio completely phased out classical music to instead focus on a news-and-information format. And, in 2003, Michigan Radio moved for the second time since its start, to our current studios near downtown Ann Arbor. 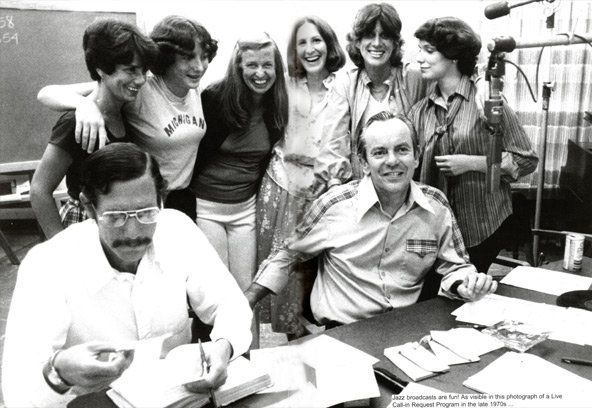 Michigan Radio has also played an important role in developing the public radio system. WUOM General Manager Ed Burrow and former program director Jerrold Sandler were both involved in the Public Broadcasting Act of 1967, and Michigan Radio was one of the first member stations of NPR.

In the ever-evolving landscape of public radio, Michigan Radio now also distributes news and information on our website and app, creates original content such as The Environment Report and Stateside, and often collaborates with other media organizations to bring in-depth stories to our listeners.

One August day in 1998, Timothy Boomer of Roseville fell out of his canoe on the Rifle River and was issued a ticket for cussing in the presence of women and children, his wife and children.   So could a sheriff deputy from a quarter mile away. On July 5, 2002 the Michigan Court of Appeals agreed that cussing was protected speech by the 1st Amendment and overturned the charge.  In the appellate court’s opinion, Judge William B. Murphy wrote: “Allowing a prosecution where one utters ‘insulting language’ could possibly subject a vast percentage of the populace to a misdemeanor conviction.”

On July 6, 1776 – just two days after the rebels signed their Declaration of Independence from George III in Philadelphia – the Macomb brothers, William and Alexander, bought Grosse Ile from the Potawatomi Indians. And, probably without intending to do so, established what is today Michigan’s oldest working farm owned continuously by members of the same family.

For the rest of the story see Isabella Swan, The Deep Roots, A History of Grosse Ile, Michigan to 1876 and

The first Land Office in what is now Michigan was established at Detroit  Under Act of Congress on March 26, 1804. On May I, I818, a proclamation of President Monroe authorized the first public auction sale of lands in Michigan. It took place at the Council House on July 6, 1818. The prices ranged from $2 to $40 per acre, the average price being $4. Up to 1826, United States lands were sold on credit, only a small amount being required to be paid down. In 1826 the law requiring full payment went into effect, and sales were greatly reduced.

A History of Detroit and Wayne County and early Michigan courtesy of the University of Michigan.

Average price for land in Michigan goes for $4 an acre at the first public auction in Michigan on July 6, 1818. By 1836, land-hungry easterners were paying $1000 an acre for land near the site of today’s Comerica Park.

On this day Michigan Territorial Governor George B. Porter died from Asiatic cholera and young Stevens T. Mason became acting governor until removed in 1835 by President Jackson because of the dispute over the “Toledo Strip.”

Born in 1791 in Norristown, Pennsylvania, Porter attended the Morristown Academy. While he and his two brothers were preparing to enter college, there was a student “rebellion” at Princeton and many school buildings had been burned. As a result, Porter and his brothers continued their studies in their father’s library rather than at Princeton.  He eventually received a law degree and entered the Pennsylvania Bar.

Porter’s father served as a General in the Revolutionary War; his brother became Governor of Pennsylvania.

Porter reached the rank of major general in the Pennsylvania Militia during the War of 1812.

After the war he was elected to the Pennsylvania House of Representatives. In 1816 he married Sarah Hume, and they had two sons. He served in the government and military of Pennsylvania until 1831.

Appointed by President Andrew Jackson in 1831, Porter served as the Territorial Governor of Michigan from 1832 until his death in 1834.

During his governorship of the Michigan Territory some milestones were two outbreaks of cholera and the Black Hawk Indian War. Porter established the first public school district system in Detroit, the first mail routes in Michigan, and treaties with the Indians at Green Bay, Wisconsin.

He is interred at Elmwood Cemetery, in Detroit.

A portrait of Porter was unveiled in November 2015 and hangs on the second floor of the Michigan State Capitol in Lansing.

Read more
1854 : Anti-Slavery Fusion Convention Held in Jackson
Tickets
Jul 6 all-day
On July 6, 1854, the anti-slavery “Fusion Convention” took place “under the oaks” in Jackson because the city hall did not have enough room for the estimated 1,000 people — 900 Free Soilers and 100 Whigs — who attended.
After a series of anti-slavery speeches, a squabble ensued about who would be appointed to what committee before the committee dispersed into “little squads” representing a congressional district. At the conclusion of the caucuses, a new political party was formed under the term “Republicans.”The Free Press article on the event concluded with this paragraph, “Thus far, the whigs are highly disgusted, and the ebonies, though exultant, are suspicious of their final triumph. The bill is bitter, and the old-line whigs can’t swallow it. The harmonious union anticipated is a total failure.” The historical marker “under the oaks,” where more than 1,000 people met to denounce slavery after being outraged over the passage of the Kansas-Nebraka Act, which had opened new territories to slavery.

Walk toward the northwest corner of Franklin and Second Street and you’ll start to see a flagpole with a modest stone monument at its base. Unsuspecting as it is, you’d soon be standing in front of one of the most significant spots in American political history: the site of the first official Republican Party meeting. 150 years ago, the conversations held on this now quiet street corner would set the stage for the Civil War — and the end of slavery.

On July 6, 1854, over 1,000 people gathered in a Jackson hall in protest of a recent slavery expansion act. The hall’s spatial limits and poor ventilation weren’t exactly accommodating in the middle of a Michigan summer. So they moved the meeting to a park, where a group of party candidates was designated and would see sweeping victories later that year. Thus, the first Republican convention was held — and the Republican Party was born.

Now named Under the Oaks City Park, this historic hotspot has been visited by politicians for over a century. President Taft visited in 1910 to designate the site, President Eisenhower visited in 1952, and President Nixon liked it so much, he stopped by twice — once as Eisenhower’s vice president and again during his presidential campaign. Most recently, GOP nominee John McCain paid a visit as he campaigned through the Midwest. Regardless of your place on the political spectrum, you’ll be in pretty famous company.

Source : Birth of the Republican Party 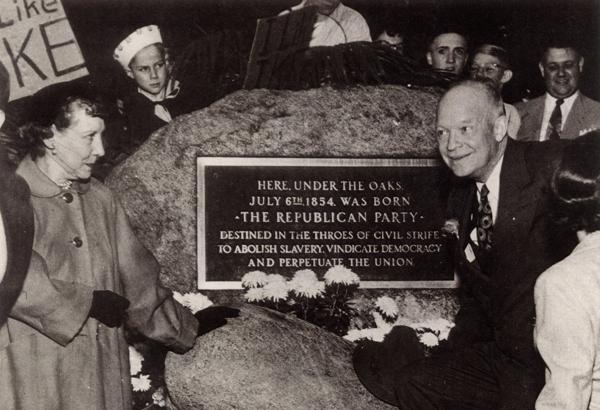 Dwight Eisenhower and his wife Mamie visiting “under the oaks” in Jackson, Mich. during his 1952 presidential campaign. (Courtesy of Ella Sharp Museum) More recently, Sen. John McCain poses with a plaque that commemorates Under the Oaks, the birthplace of the Republican Party while campaigning for president in 2007. Citizen Patriot file photo