Whether one claims that Antietam was a draw or a victory, the battle enabled President Lincoln to issue the preliminary Emancipation shortly thereafter. And it prevented England and France from recognizing the Confederate States of America.

Antietam by the Civil War Trust.

In April 1927, Michigan Governor Fed Green signed Act 89, which stated that “an annual state fair at the City of Escanaba, which shall have for its main purpose the exploiting, and encouragement of improved methods in agriculture and industrial pursuits I hereby authorize.” The opening day of the first Upper Peninsula State Fair was September 17, 1928. The present site encompasses 120 acres (0.49 km2) of land and 24 buildings. It also includes nearly 700 campsites.

As of 2010, the State ceased funding for the fair and the downstate Michigan State Fair due to budget problems. Control of fair operations has been passed onto the U.P. State Fair Authority which includes representatives from each county in the U.P. and the Hannahville Indian Community. Despite the discontinuation of the downstate Michigan State Fair which has failed to attract outside funding and struggled with sharply dropping attendance through the years, the U.P. State Fair will continue on into the foreseeable future.

The first day of classes at Northwestern Michigan College was Sept. 17, 1951.

“In every way, the Northwestern Michigan College is a people’s college. It was conceived in a regional desire for education and is being financed from the pockets of the poor and rich alike.” Source : Traverse City Record-Eagle, September 17, 1951.

Geographically isolated from Michigan colleges and universities, the Grand Traverse region decides to create its own — from the ground up, grassroots-style. When NMC’s founders are told that the population was too small to have a college, they lobby to get the legislation changed. When no building is immediately available, NMC opens its doors in borrowed facilities at the airport terminal building – with donated materials and volunteer labor. At its opening, NMC has 65 students and a staff of six.

The Story Behind Our Hotel

Originally conceived just before the outbreak of the Second World War, Kellogg Hotel & Conference Center opened its doors to the public on September 17, 1951, operated by Bill Garrison.

The Michigan Hotel Association sought to create a facility in which they could house everything needed to hold an educational conference under one roof as a sort of laboratory in hotel management. This idea interested the Kellogg Foundation as a means to provide a venue for adult education, and the Kellogg Foundation financed the building, donating $1.4 million. With a land grant and additional $500,000 from the State Board of Agriculture, Michigan State University became the site of the first Kellogg Center for Continuing Education—an important milestone in the history of MSU.

Today, there are eleven Kellogg Centers throughout the United States.

On September 17, 1970, the MSU Board of Trustees approved the College of Osteopathic Medicine as MSU’s 16th College and the nation’s first such publicly-supported institution.

The Michigan College of Osteopathic Medicine actually started in Pontiac in 1969. The Michigan Legislature approved Public Act 162 in July 1969 calling for the establishment of a school of osteopathic medicine at one of the three major universities — MSU, Wayne State, or the University of Michigan. In Spetember MSU submitted a position paper outlining what conditions would need to be met for MSU to take over such a school. A month later the State Board of Education designated MSU as the site for the proposed school.

Grand Rapids was buzzing with excitement back in 1981 leading up to the September 18, 1981 dedication of the Gerald R. Ford Presidential Museum.

On the night before the official dedication ceremony, an All-Star Celebration Gala was held at the DeVos Performance Hall with Bob Hope serving as master of ceremonies.  The event was taped and shown later as a Bob Hope Special for NBC on October 22, 1981. The list of entertainers that took part in the television tribute to Gerald Ford included Pearl Bailey, Debby Boone, Foster Brooks, Glen Campbell, Sammy Davis Jr., Tony Orlando, Mark Russell, and Danny Thomas. For a complete list, visit imbd.com.

Here is a video of the opening segment of that special. It features the University of Michigan Marching Band…

Released to theaters on September 17, 1999, For Love of the Game is an American sports drama film directed by Sam Raimi and written by Dana Stevens based on Michael Shaara‘s 1991 novel of the same title. Starring Kevin Costner and Kelly Preston, it follows the perfect game performance of an aging star baseball pitcher, Billy Chapel as he deals with the pressures of pitching in Yankee Stadium in the Bronx in his final outing by calming himself with memories about a long-term relationship with Jane Aubrey.

Source: For Love of the Game (film) Wikipedia Entry.

Nothing stops months of planning when you’re hoping to reclaim the Guinness Book of World Records for World’s Largest Ice Cream Sundae.

Last spring, the city of Nashville set a record with a distance of 1,823 feet.

But that record only lasted 3 weeks when a city in New Zealand set the record.

Then, this June, the city of Ludington and House of Flavors topped them both, establishing a record of 2,970 feet.

On Saturday afternoon (Sept. 17, 2016), Moo-ville Creamery and a crew of 302 volunteers from the Business District brought out nearly 900 gallons of ice cream.

The distance was 3,656 feet, according to an on-site surveyor. Organizers will submit his figures as well as photos, video and other proof that a new record was set. 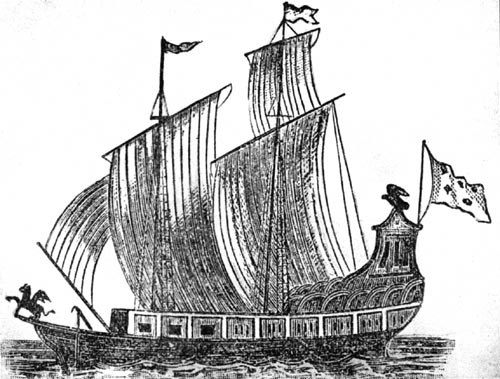