In the years before the Civil War, James Birney was an abolitionist, an opponent of slavery, a supporter of the Cherokee, and a resident of Bay City, Michigan (at least for a while).

Birney was born on February 4, 1792, in Danville, Kentucky. His parents were wealthy slave owners, but like a number of other slaveholders in the Upper South, they believed that it was only a matter of time before slavery would end. Some of these people were morally opposed to slavery, believing that it was un-Christian and un-American to own another person. Other slave owners believed that slave labor was becoming too expensive. Birney shared his parents’ views. He attended several schools, including Transylvania College and the Priestly Seminary at Danville. Birney graduated from the College of New Jersey (now called Princeton University) in 1810, and he began to study for a legal career in Philadelphia, Pennsylvania. In 1814, he opened a law practice in Danville.

Birney became a slave owner in 1816, when he married and received the slaves as a wedding gift. In 1818, Birney moved his family to a plantation near Huntsville, Alabama. He became involved in politics and served as a member of Alabama’s constitutional convention. He also became a member of the Alabama legislature. His political career suffered when he became an outspoken opponent of Andrew Jackson and called for his fellow slave owners to support the gradual end of slavery.

In 1833, Birney moved his family back to his ancestral home in Kentucky. Birney was rarely at home, as he lectured across the South, calling for the gradual end to slavery and the colonization of the former slaves in Africa. He realized that gradual emancipation was not a practical way to end slavery. He began to endorse the immediate end of slavery and freed his own slaves in June 1834. At the same time, he also began to publish an anti-slavery paper in Danville. Residents favoring slavery threatened Birney’s publisher. The publisher fled the community, and no other publishers were willing to assist him.

Birney moved his family to Cincinnati, Ohio, in October 1835. On January 1, 1836, Birney began publication of a new paper, The Philanthropist, which called for the immediate end to slavery and equal rights for African Americans with whites. The paper was printed for several months of 1936 in New Richmond, Ohio, but the printing operation eventually returned to Cincinnati. Many Cincinnatians opposed Birney’s views. Some of these people were former slave owners and believed that African Americans were inferior to whites. Other people opposed slavery but believed African Americans would move to the North and deprive white people of jobs. On January 22, 1836, a group of white Cincinnatians urged the city government to prohibit Birney from publishing his paper. Birney was undaunted. To prevent Birney from printing, a mob of white Cincinnatians destroyed the newspaper’s printing press on July 12, 1836. Undeterred, Birney remained in Cincinnati and continued to publish his newspaper. The mob returned on July 30, 1836, and destroyed the printing press again. Birney resumed publication of The Philanthropist in September 1836, and he continued to publish it in Cincinnati, until October of 1843.

Besides publication of his newspaper, Birney assisted the abolitionist movement in many other ways. In September 1837, he moved with his family to New York, where he became the secretary of the American Anti-Slavery Society. He also served as the Liberty Party’s candidate for president in both 1840 and 1844. He was the only man to run for the presidency under that party’s banner. In 1844, Birney received approximately 62,000 votes out of more than 2.5 million votes cast. The small vote total for the Liberty Party’s candidate showed how small the abolitionist movement was in the North during this period. Birney’s candidacy, however, may have won the election for Democrat James K. Polk and lost the election for Henry Clay of the Whig Party. Abolitionists tended to favor the Whigs. If the Liberty Party had not run a candidate, some of the 62,000 people who voted for Birney may have voted for Clay. Clay lost the election by fewer than 38,000 votes.

In between his two presidential campaigns, Birney moved to Bay City, Michigan. Birney was one of the earliest settlers of Bay City. He engaged in farming. In 1855, Birney moved to the East Coast, where he died on November 25, 1857. He remained a champion of abolitionism until his death.

More on the Michigan/Cherokee Connection

It’s a historical fact that Bay City pioneer James G. Birney, was among the first to take up the Cherokee cause while an Alabama lawyer. Birney represented the Cherokee in 1826 and continued to champion their cause until he left Alabama to return to his birthplace of Kentucky in 1833.

And, Birney was undoubtedly the father of abolition, his two Presidential candidacies under the Liberty Party banner pre-dating Abraham Lincoln and the Republican Party by 16 years.

John Sedgwick’s blockbuster book, “Blood Moon: An American Epic of War and Splendor in the Cherokee Nation,” published by Simon & Schuster, highlights the connection between the abuse of the Cherokee and the Abolition movement.

Birney stands at the apex of the struggle although his courage on behalf of the Cherokee continues largely unrecognized all these years. The Cherokee link to the abolition of black slaves is also one of the main theses of my book “Apostles of Equality: The Birneys, the Republicans and the Civil War,” published in 2011 by Michigan State University Press.

Birney began to stand up for the Cherokee as a lawyer in 1826 even though, as biographer Betty Fladeland notes, “prejudice against the Indians was violent, and public opinion was clamoring for the opening of their valuable lands to white settlement and the removal of the Indians to lands west of the Mississippi.” 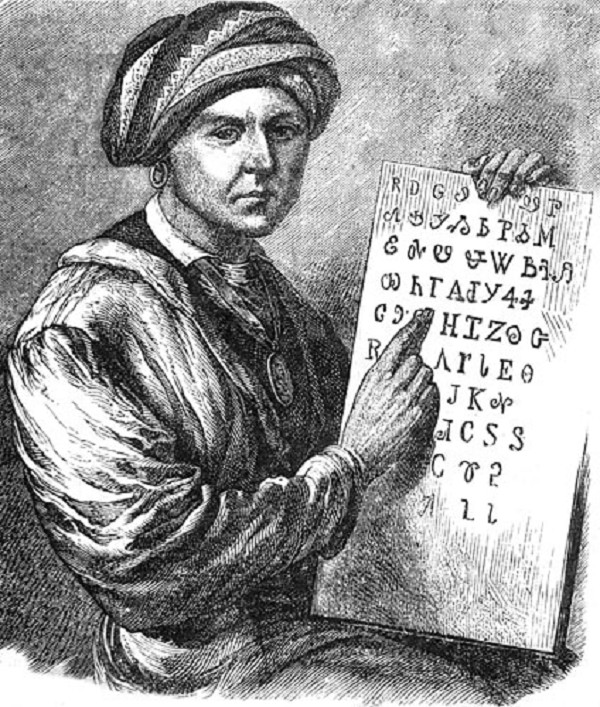 Sequoyah, a Cherokee Indian, was believed to have been aided in his invention of a native alphabet by James G. Birney, later a Bay City pioneer.

Ever the philanthropist, Birney solicited missionaries to establish schools and towns and even aided an educated Indian to start a Cherokee newspaper, according to a book by his son Maj. Gen. William Birney.

Although Birney fled populous New York for frontier Michigan, distraught after getting only 7,000 votes in the 1840 election as the first anti-slavery Presidential candidate.

While a resident of Bay City, his fervor for the cause of equality brought him back to the crusade in the 1844 election. Thus, Birney became the first person from Michigan to seek the Presidency and Bay City was at the center of his campaign, winning national recognition for a burgeoning town populated mainly by Indians, fur traders and intrepid souls like Birney.

Again, the nation’s voters were unwilling to champion the cause of millions of blacks chained to plantations in the South. Birney got about 70,000 votes; however, his candidacy earned 15,000 votes in New York that kept his Kentucky neighbor and rival Henry Clay out of the White House — a dramatic conclusion to their feud.