Douglas Houghton, the state geologist who mapped much of Michigan, drowned in a storm on Lake Superior, near Eagle River on October 13, 1845.

His association with the Michigan Territory began in 1829, when the city fathers of Detroit took their search for a public lecturer on science to Eaton, who strongly recommended the youthful Houghton. He was enthusiastically received in Detroit and rapidly became one of its best-known citizens, with the young men of his acquaintance soon styling themselves “the Houghton boys.” 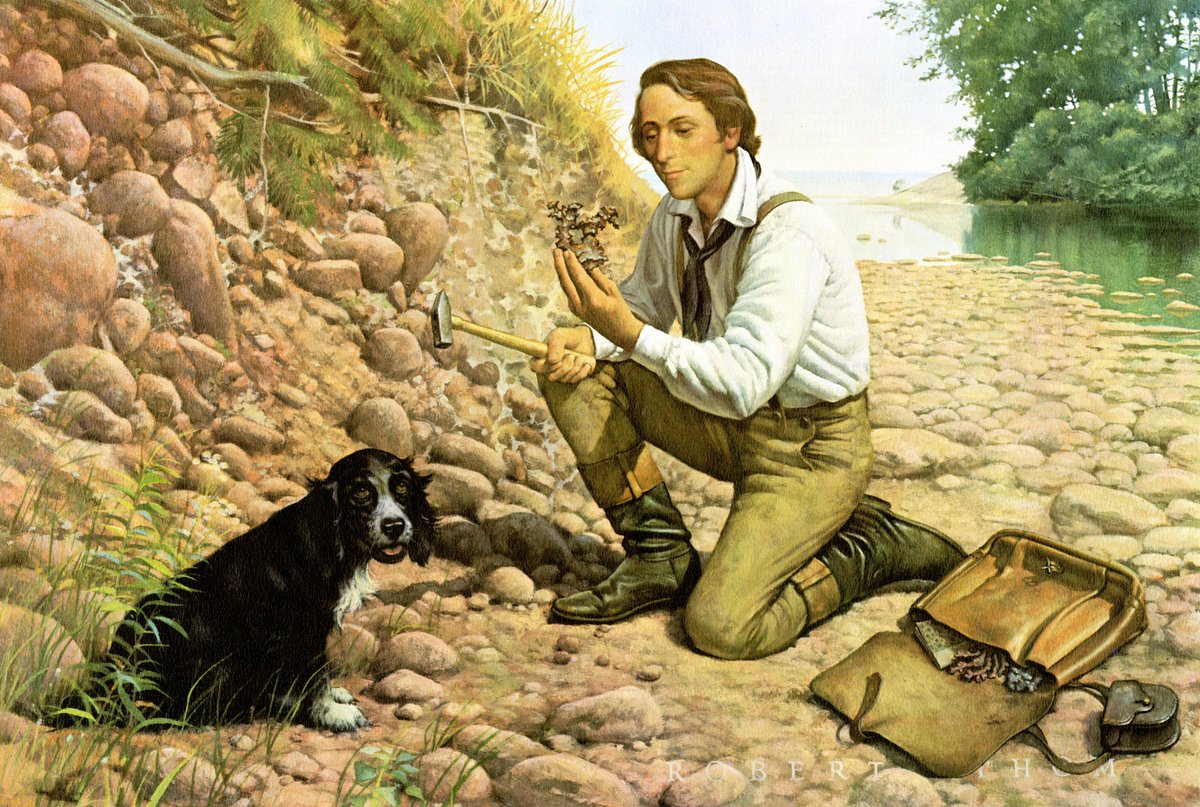 Houghton quickly was selected by Henry Rowe Schoolcraft to act as physician-naturalist on expeditions through Lake Superior and the upper Mississippi valley in 1831 and 1832. On these trips Houghton did extensive botanical collecting, investigated the Lake Superior copper deposits of Michigan’s Upper Peninsula, and provided medical services to the Indian tribes they encountered.

In 1833 he married his childhood friend Harriet Stevens, with whom he had two daughters. The establishment of a flourishing medical practice in Detroit earned him the affectionate designation, “the little doctor, our Dr. Houghton,” but by 1836 he had largely set aside the medical profession to concentrate on real estate speculation. His scientific interests remained strong, however, and as Michigan achieved statehood in 1837 he returned again to public life and his love of the natural world.

One of the first acts of the new Michigan state government was to organize a state geological survey, following a pattern already established in other states. Houghton’s appointment as the first state geologist was unanimously hailed, and he occupied that position for the remainder of his life.

In 1839 he was also named the first professor of geology, mineralogy, and chemistry at the University of Michigan in Ann Arbor, but he continued to reside in Detroit. He and his survey assistants spent many weeks in the field each season, mapping and evaluating Michigan’s natural resources, and his personal influence with state legislators kept the project moving in the face of many financial difficulties. His fourth annual report, based on field work done in 1840, appeared February 1, 1841. It helped trigger the first great mining boom of American history, and earned him the title of “father of copper mining in the United States.”

He was a founding member and treasurer of the Association of American Geologists and Naturalists (the predecessor of the American Association for the Advancement of Science) and served on several of its committees. A lifelong Episcopalian and staunch Democrat, he was elected to a term as mayor of Detroit in 1842, apparently against his wishes, but his competent administration raised the possibility of higher political office, perhaps governor.

The city of Houghton, Houghton County, Houghton Lake, the largest inland lake in the state, and Douglass Houghton Falls, southeast of Calumet are among many Michigan features named in his honor, as is Douglass Houghton Hall, a residence hall at Michigan Technological University. A plaque commemorating Houghton is at the entrance to the Department of Geological Sciences (now Earth and Environmental Sciences) at the University of Michigan. A plaque embedded into a stone monument was erected in the town of Eagle River, just a few miles where his boat went down. He and three other professors are also memorialized by a monument near the University of Michigan’s Graduate Library that features a broken pillar symbolizing lives cut short. In 2006 the University created the Douglass Houghton Scholars Program, designed to encourage students interested in careers in science. There is also a plant named after him: Houghton’s Goldenrod, a variety he discovered in 1839 along the southern shore of the Upper Peninsula of Michigan. A portrait of Houghton hangs in the chamber of the Michigan House of Representatives.