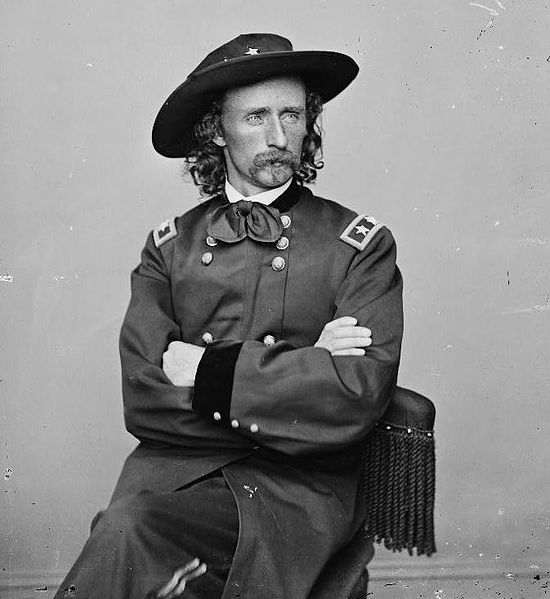 Raised in Monroe, Michigan, George Armstrong Custer graduated from the U.S. Military Academy at West Point in 1861. Serving as a junior officer for the first two years of the Civil War, Custer — and two other junior officers — were promoted to brigadier general in late June 1863. The unique move was intended to instill élan in the Army of the Potomac’s cavalry command, which was often bested by Rebel cavalry. Custer received command of the Michigan Cavalry Brigade, which consisted of four regiments of Michigan cavalrymen. Several days later, Custer and his command played a key role in stopping Rebel efforts to break the center of the Union line in the third day of the Battle of Gettysburg.