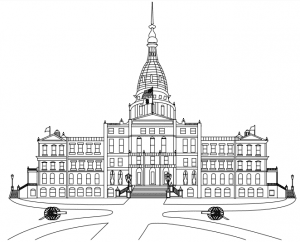 At the dedication, Gov. Charles Croswell said it was “evidence of the lasting taste, spirit and enterprise” of Michigan’s citizenry. It was Michigan’s third Capitol.

Eight years earlier, Gov. Henry Baldwin had proposed building a new Capitol. Lansing had become the state capital in 1847; Detroit had served as Michigan’s seat of government for the first decade of statehood.

The price tag for the project was approximately $1.5 million, so painters made pine, plaster, tin and iron look like walnut woodwork and marble.

It was one of the first state capitols modeled after the then newly rehabbed U.S. Capitol. 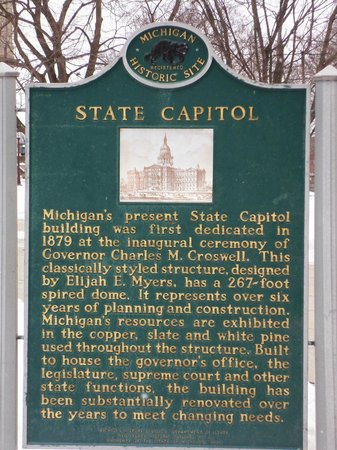