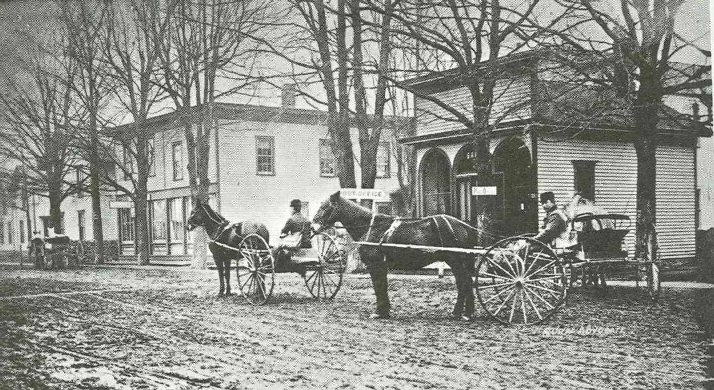 The first Rural Free Delivery mail service in Michigan was started in Climax in December, 1896. Two postmen, Lewis Clark and Willis Lawrence, Judge Eldred’s great-grandson, set out on their routes, one by horse and buggy and the other on a bicycle.  The first RFD routes were around 25-30 miles long, and were based upon what a man with a horse and buggy could travel on unpaved rural country roads during a workday back then. The pay was only $45 a month, and the carrier had to provide his own horse, buggy, feed and water.

The Eckford post office southwest of Albion had the distinction of having the first rural routes in Calhoun County, and the second in the state of Michigan. The service was instituted on July 5, 1899 on an experimental basis that became permanent, and served as a model and inspiration for RFD in other post offices, including Albion.

Michigan: Dates That First Rural Routes Were Established at Post Offices, through 1904