On October 6, 1989, Gen. Wm. Rufus “Pecos Bill” Shafter of Galesburg, the hero of Santiago, was welcomed back to Kalamazoo by a huge crowd, marching bands, and a parade. In 1898 he led American troops to Cuba during the Spanish-American War, in which he commanded the largest force of United States troops that had left American soil up to that time.

Shafter was born in Galesburg, Michigan on October 16, 1835. He worked as a teacher and farmer in the years preceding the Civil War.

Shafter served as a 1st lieutenant the Union Army’s 7th Michigan Volunteer Infantry Regiment at the battles of Ball’s Bluff and Fair Oaks. He was wounded at the Battle of Fair Oaks and later received the Medal of Honor for heroism during the battle. He led a charge on the first day of the battle and was wounded towards the close of that day’s fighting. In order to stay with his regiment he concealed his wounds, fighting on the second day of the battle. On August 22, 1862 he was mustered out of the volunteer service but returned to the field as major in the 19th Michigan Volunteer Infantry Regiment. He was captured at the Battle of Thompson’s Station and spent 3 months in a Confederate prison. In April 1864 after his release he was appointed colonel of the 17th Regiment of U.S. Colored Troops and led the regiment at the Battle of Nashville.

By the end of the war, he had been promoted to brevet brigadier general of volunteers. He stayed in the regular army when the war ended. During his subsequent service in the Indian Wars, he received his nickname “Pecos Bill”. He led the 24th Infantry, another United States Colored Troops regiment, in campaigns against the Cheyenne, Comanche, Kickapoo and Kiowa Indians in Texas. While commander of Fort Davis, he started a controversial court-martial of second lieutenant Henry Flipper, the first black cadet to graduate from West Point. In May 1897 he was appointed as a brigadier general.

Just before the outbreak of the Spanish–American War, Shafter was commander of the Department of California. Shafter was an unlikely candidate for command of the expedition to Cuba. He was aged 63,weighed over 300 pounds and suffered from gout. Nevertheless he received a promotion to Major General of Volunteers and command of the Fifth Army Corps being assembled in Tampa, Florida. One possible reason for his being given this command was his lack of political ambitions.

Shafter appeared to maintain a very loose control over the expedition to Cuba from the beginning, commencing with a very disorganized landing at Daiquiri on the southern coast of Cuba. Due to his weight and the heat he was unable to reconnoiter the front lines during the various operations. Fortunately, his officers were able to carry the day and despite misgivings, Santiago eventually surrendered. 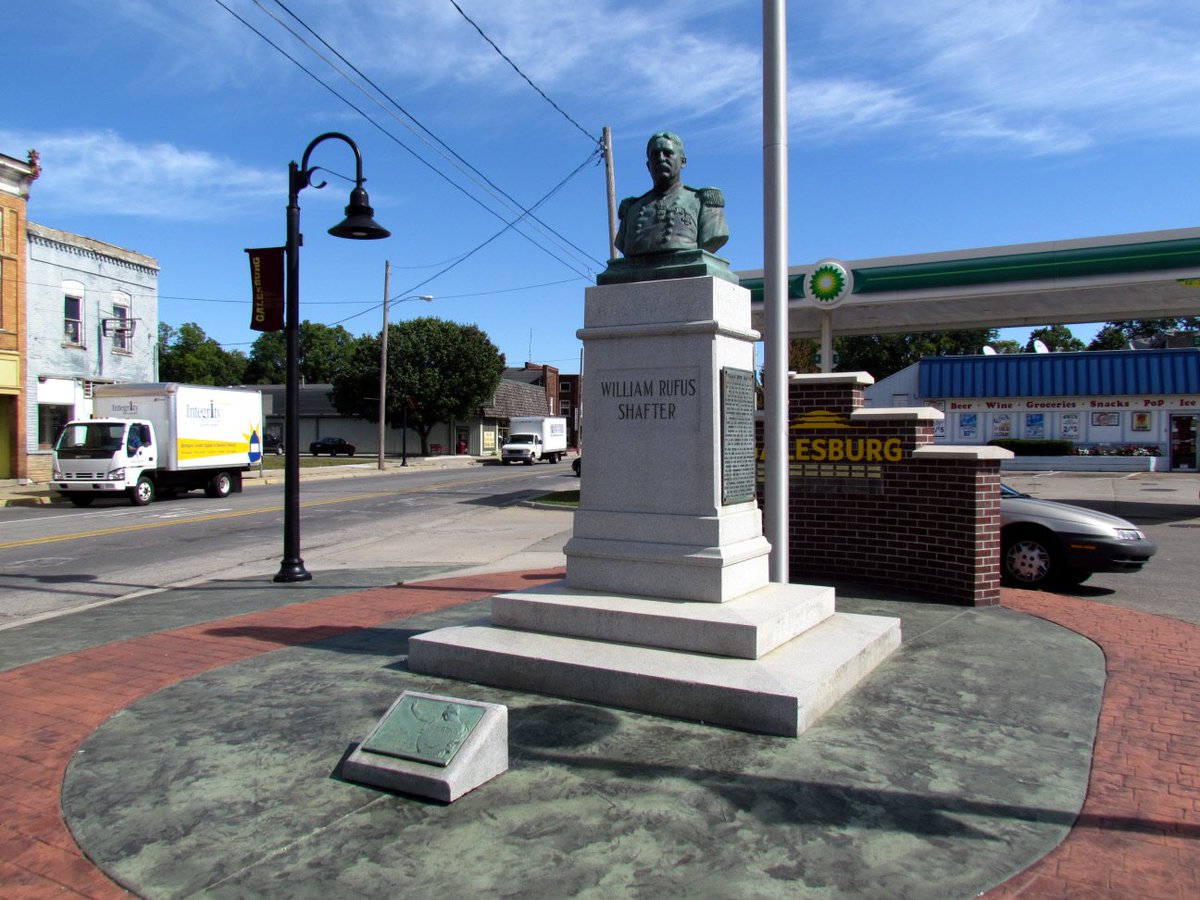