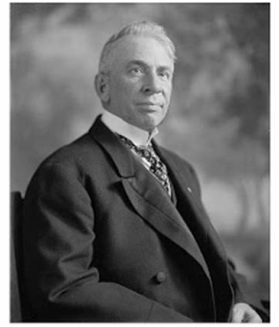 When the luxury liner Titanic sank in the North Atlantic on April 15, 1912, with more than 1,500 lives lost, the world was stunned! How could such a disaster happen in the modern era of unsinkable ships? To answer that perplexing question, Senator William Alden Smith of Michigan chaired Senate hearings held within days of the disaster. Senators and spectators heard dramatic testimony from the surviving passengers and crew. Smiths subcommittee issued a report on May 28th that led to significant reforms in international maritime safety. The report cited a “state of absolute unpreparedness,” improperly tested safety equipment and an “indifference to danger” on the part of the ship’s captain, Edward Smith, as being among the causes of an “unnecessary tragedy.”