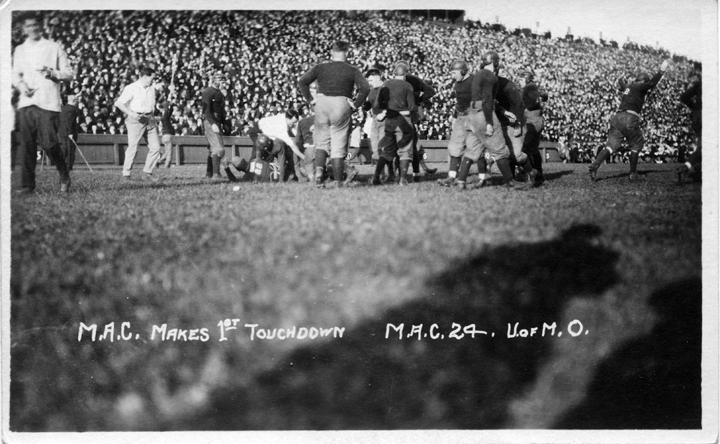 From 1898 to 1914, the Michigan Agricultural College Aggies had won only once against University of Michigan football teams in 1913, by a score of 12-7 in Ann Arbor. But on this day, the Aggies led by the standout African American tackle Gideon Smith, beat the Wolverines 24-0, and the event quickly became known as “the Slaughter”, at least in East Lansing.

By the way, the University of Michigan enjoyed home field advantage in 44 of the first 50 games.

For a photograph of the MAC team entering Ferry Field on that day, see Steve Grinezel, Michigan State Football : They are Spartans. Arcadia Press, 2003, p.2.