Two years earlier, local high school biology teacher Lida Rogers had pitched to the Women’s Literary Club the idea of planting tulips in the city and dedicating one day every spring to the Dutch flower, according to Randy Vande Water, a local historian and former editor of the Holland Sentinel who wrote the book “Holland: The Tulip Town.”

In 1928, Mayor Earnest Brooks suggested the city buy 100,000 tulip bulbs from the Netherlands, which were planted in his backyard, Centennial Park and along some city streets. (Tulip Lane now runs more than 6 miles.)

After the successful 1929 start, the 1930 festival included an operetta by Holland High School students and a flower show at the local Masonic Temple, organized by area nurseries. The next year, the tradition of scrubbing the streets in period costumes began, and 1932 saw the debut of parades. 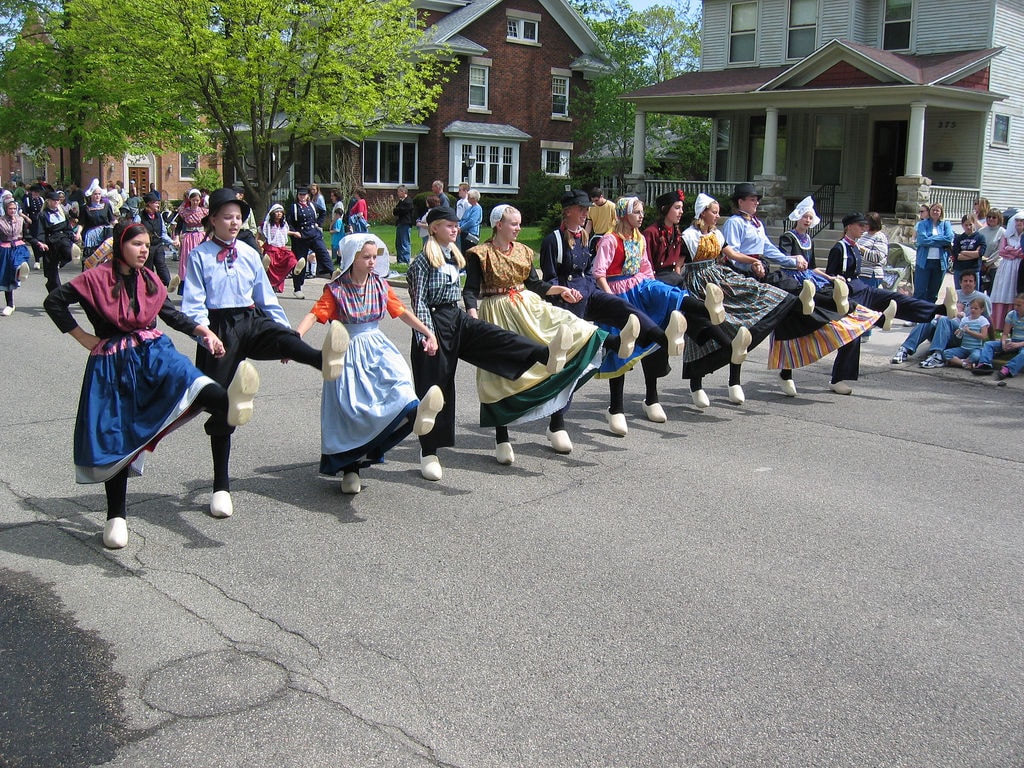