Jack Faxon was born in Detroit June 9, 1936. He graduated from Central High School in Detroit and received a B.S. and Masters in Education from Wayne State University. He also received a Masters in History from the University of Michigan and taught history at Southwestern High School in Detroit. Mr. Faxon was elected to the Michigan House of Representatives from the 15th District in 1964, 1966, and 1968. He was also elected to the Michigan Senate from the 7th District in 1970 and 1974. (from the Michigan Manual 1975-76) . Today, Jack Faxon is still headmaster of the International School in Farmington Hills, a multilingual academy that he founded in 1968.

Faxon was a 25-year-old government teacher in Detroit Public Schools when he was elected a delegate to the 1961-62 Constitutional Convention (Con-Con). Soon afterwards, the head of the Detroit teachers’ retirement system came to him and said public service pensions should be protected. “We argued over a lot of issues, but that wasn’t controversial at all,” said Faxon, who was the youngest elected delegate to the 1961-62 Constitutional Convention (Con-Con). “Getting people to agree that pensions should be protected was like getting them to agree that Sunday is Sunday.” What the Michigan Constitution says on the subject is this: “The accrued financial benefits of each pension plan and retirement system of the state and its political subdivisions shall be a contractual obligation thereof which shall not be diminished or impaired.” That seems straightforward, but did the authors of the Constitution — which was narrowly adopted by the voters in 1963 — really mean that pensions could never be reduced in a crisis? Today, as a result of Detroit’s financial troubles, funding Detroit government pensions remains a hot issue.

Faxon says that he, himself, was the reason the Michigan legislature began to fund the arts back in the early 1970s. Always a fervent arts supporter and a member of the Senate Appropriations Committee, Faxon one year inserted a line-item grant for $25,000 for the Detroit Institute of Arts into the budget. Those were good economic times. Nobody objected, so, “That was followed by another line-item grant of $176,000 the following year and around half a million the third year.” That eventually led to an agreement between then-Detroit Mayor Coleman Young and then-Governor William Milliken for broader state funding of arts and cultural institutions in Detroit, “The halcyon years,” as Faxon called them.  In a similar vein, Faxon was also the composer of the bill establishing the Michigan Council for the Arts during this era according to Judy Greenwald.

Not surprisingly, Faxon thinks that the idea of selling even a single painting from the DIA is crazy. “Buying art was never seen as an investment — like buying a high-tech stock — but as a permanent asset to enhance the environment of the city.” Faxon also thinks that the way the bankruptcy is looking at the pension fund crisis is wrong. “What matters is not the total amount, the billions the actuarial tables say we owe, but insuring there is enough cash flow,” to cover current obligations. Faxon doesn’t deny that Detroit is in trouble. But, he notes that during its many glory years, the city of Detroit sent far more money to Lansing than it ever got back. Now, he thinks it is the state’s turn to help.

Judy Greenwald reveals another facet of Faxon’s love for the arts — his lifelong love of theater. He was a theater usher and became an opera buff. He even related how an encounter with David DiChiera led to his helping to name Michigan’s opera.

“I was driving to Lansing with David and we were talking about how to get support for the opera company,” he said. “And I said to him: ‘Well, you know, David, I’m sure we can get support, but we should use Michigan in the name — Michigan Opera Theater. This way, everyone will associate the opera with the state. And that’s how MOT got its name.”

Senator Jack Faxon introduces his new documentary series. The Senator discusses his views of life and art showcasing works of his magnificent collection! 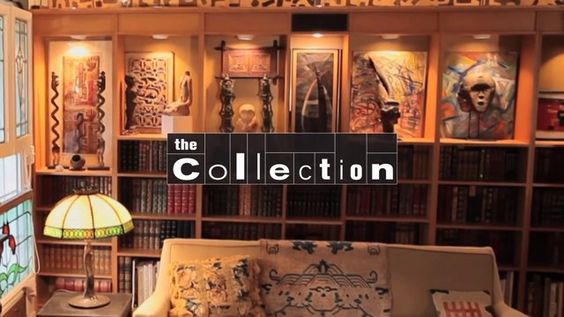