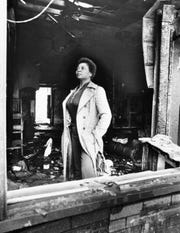 Detroiters of all races have fond memories of sailing to Boblo Island. That’s thanks to Sarah Elizabeth Ray.

In 1945, Ray, a secretary, had completed a training in the city ordinance department and joined her class for their graduation on June 21, 1945 on the S.S. Columbia, one of two Boblo boats. She was the only Black person in her class. Minutes after boarding, a man with the Bob-Lo Excursion Co. told her to exit the boat. Black people weren’t allowed. 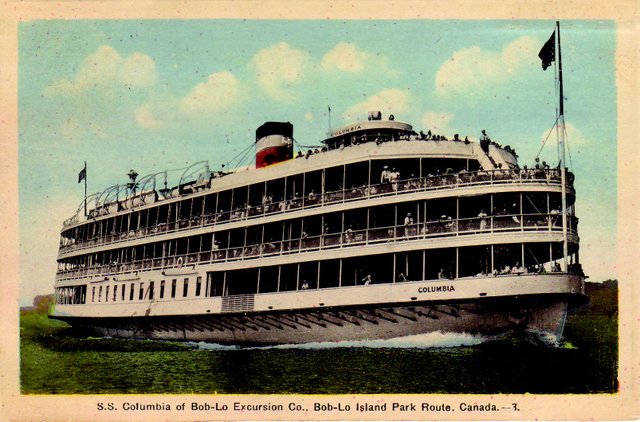 Ray left the boat and reported the incident to the NAACP, and future U.S. Supreme Court Justice Thurgood Marshall was on the case. The Michigan Civil Rights Act outlawed discrimination in public places. After the boat company lost several appeals, the case landed at the U.S. Supreme Court (Bob-Lo Excursion Co. v. People of State of Michigan, 333 U.S. 28, February 2, 1948), where Ray was victorious.

Her story is told in a short documentary titled “Sarah Elizabeth Ray: Detroit’s Other Rosa Parks.” The film is directed by Aaron Schillinger, who asked historian Desiree Cooper to speak about Ray’s story. It is part of a larger documentary called “Boblo Boats: A Tale of Two Sisters,” which is still in progress.

“The ship itself is old and important, but it’s the memories that people have that give it so much value,” Schillinger said. “I started digging into the history and I am reading this book on this history of Boblo Island, and there’s like a page and a half about the civil rights activist who got kicked off the boat and went on to change history — and her name was Sarah Elizabeth Ray.”

The two wanted to release the 4-minute short film now because of the relevance of Ray’s story in the context of the Black Lives Matter movement. When the murder of George Floyd sparked protests across the nation, Cooper said the country had had enough.

“It shows where one person’s effort accumulates with all the other efforts that came before it, and there’s a tipping point,” Cooper said. “We’re living that tipping point in this exact moment.”

Cooper went on to say: “That’s what happened to Sarah that day on the boat. One person got pushed and that one person said ‘enough’ and it changed history.”

After Ray won her case, Schillinger says that rather than integrating the boats, the owners shut down the operation. A year later, another owner purchased the boats and allowed for integration.

“I’m not surprised actually that no one has heard this story,” said Schillinger. “A lot of people have all these fun, happy memories of Boblo and I think that is the message that a lot of people have just been sitting with for decades. But then this history has kind of been forgotten because people held onto the happy parts.”

Cooper had the opportunity to speak to Ray about the case in February 2006. She says that Ray expressed that no one had come to speak to her about her efforts before Cooper appeared at her door.

“She was very firm and clear-headed,” Cooper said. “I felt that she was still as indignant as she had always been about going onto the boat and what happened to her there. Like this instance was as new as it was the day it happened in 1945.”

Ron Soodalter, “All Aboard: The Fight Against Segregation on Bob-Lo Island“, The Progressive, June 1, 2016.