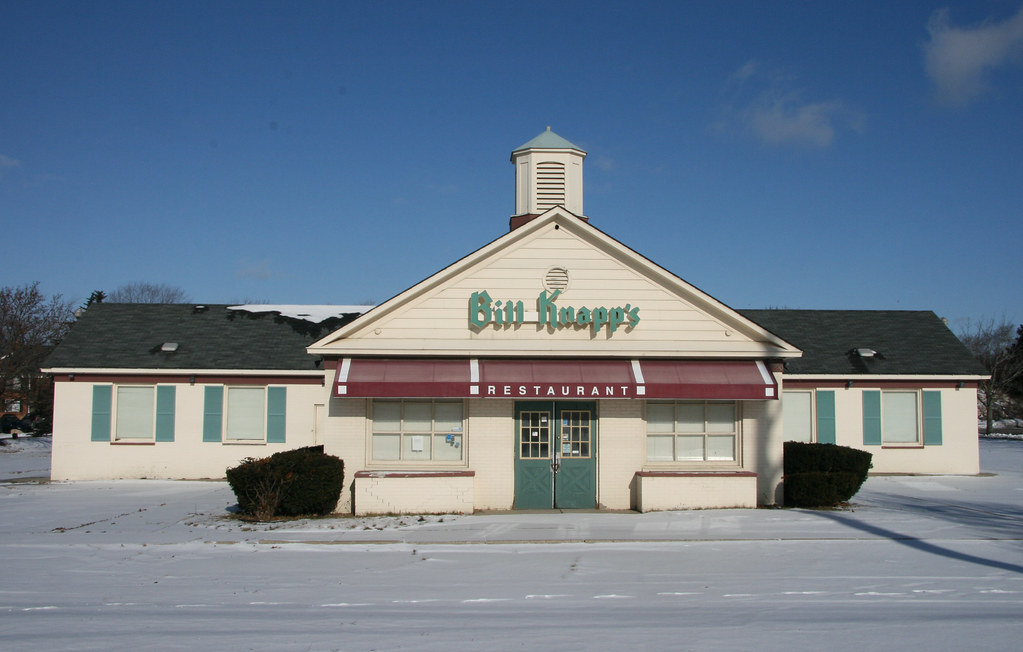 Maybe I’m old, but I still remember receiving a free birthday cake on your birthday and a discount equal to your birthday years on your check at the local Bill Knapp’s restaurant!

Bill Knapp’s 6-inch chocolate birthday cakes, officially known as Bill Knapp’s Celebration Cakes, were regarded as one of the chain’s dearest features. Because of the popularity of the cakes, Awrey’s Bakery purchased the rights to make them, following Bill Knapp’s original recipe.   The cakes are available from Awrey’s in-store bakery and at many Kroger Stores as well. Winn-Dixie and Kroger now also carry Bill Knapp’s Chocolate, Nutty, and Glazed Dunkers.