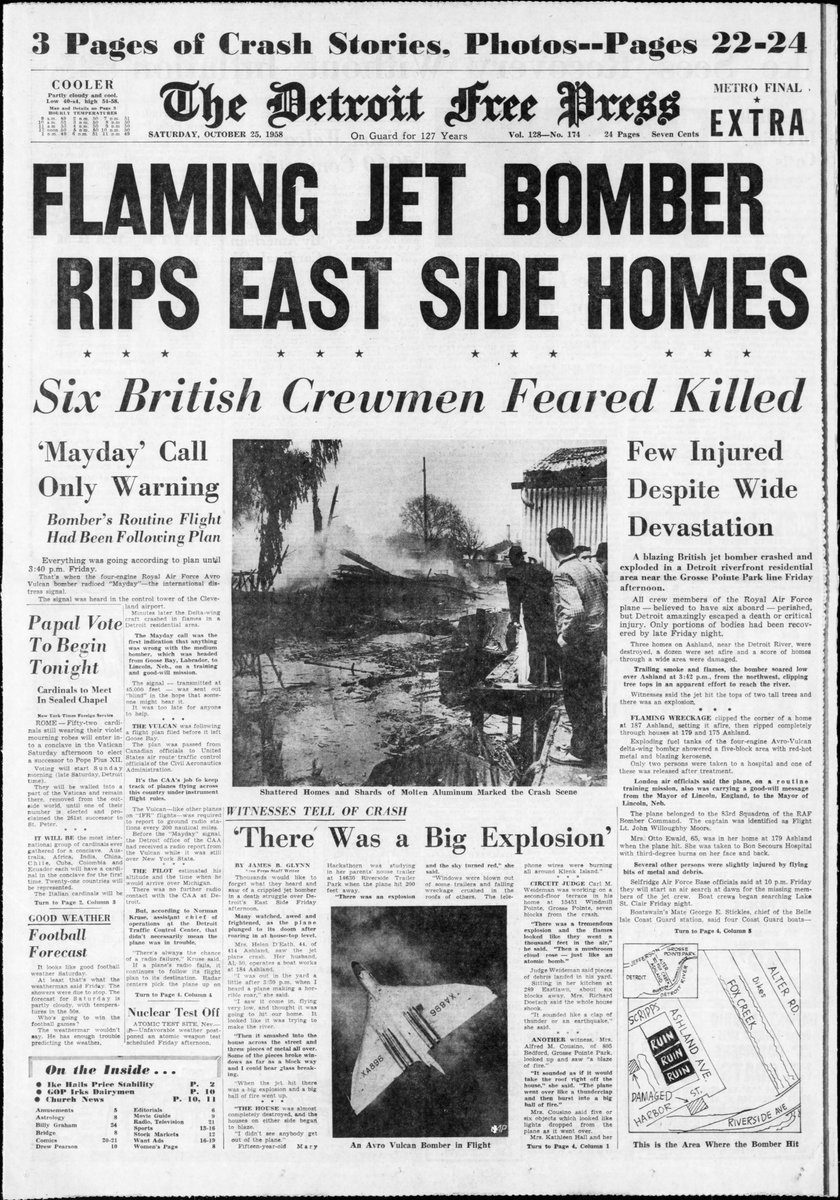 On October 24, `1958, on a practice run from Goose Bay, Labrador to Lincoln, Nebraska during the height of the Cold War, a four-engine British Vulcan military jet tore through treetops before burying itself in Detroit among houses on Ashland near Scripps, leaving behind a trench 100 feet long and 40 feet wide. Mud, red-hot debris, and jet fuel rained down on Harbor Island, the one-street island directly across the canal from Ashland. Splintered boards and timbers from the shattered seawall flew like giant matchsticks. “A car got blown from the foot of Ashland across the canal,” Schwartz says. “The transmission was stuck in the seawall.” Pieces of the plane and crew were scattered over a seven-block area. A 6-foot wing section landed on a porch, while a 1-pound fitting hit the back of a terrified paperboy. For blocks around, the force of the explosion cracked plaster walls, blew out windows, and even ripped a garage door off its hinges. Although the entire British air crew were blown to bits, no one in Detroit died.