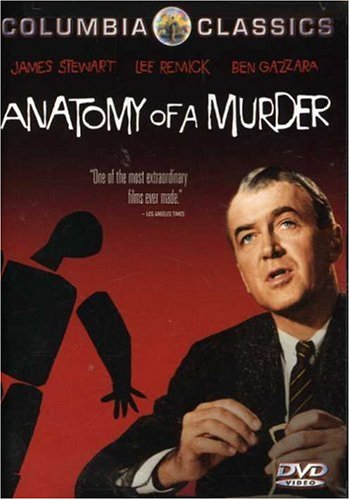 On July 1, 1959, “Anatomy of a Murder,” a film based on the work of John D. Voelker , an Upper Peninsula outdoorsman and lawyer who became a Michigan State Supreme Court justice, premiered at the United Artists Theater in Detroit. The movie starred James Stewart, Lee Reemick and George C. Scott. The courtroom drama tells the story of a defendant charged with murder who claimed insanity because the victim had raped his wife. The story was filmed in Big Bay and Marquette.

John D. Voelker, the author of Anatomy of a Murder, entered the world in June of 1903. He wrote it under the pen name “Robert Traver.” The book spawned a classic 1959 film adaptation. Voelker  based the story on a 1952 Marquette County murder trial. Voelker represented the defendant in the trial.

A publisher accepted Anatomy of a Murder in December 1956, the month that Voelker was appointed to the Michigan Supreme Court. In 1958, director Otto Preminger bought the film rights and began shooting the movie in Marquette County. Voelker frequently visited the set. The film debuted in 1959, to critical acclaim. The book and movie provided Voelker with financial security, and he retired from the Court later that year. He returned to his beloved Upper Peninsula to continue writing. He also actively pursued his two other favorite activities – fishing and cribbage playing. John Voelker died near Ishpeming on March 18, 1991.