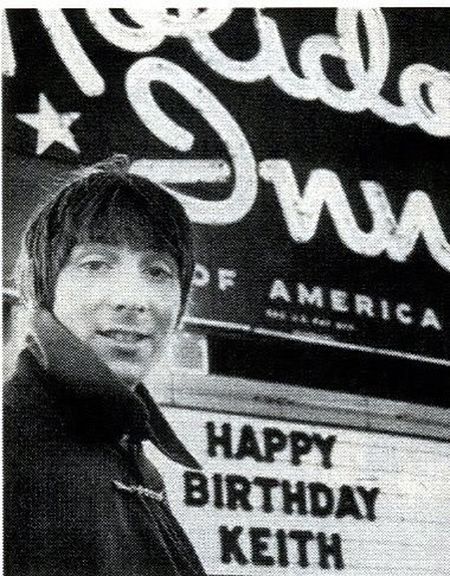 One of the world’s best Rock ‘n Roll tales happened in Michigan…Flint, to be exact.

Back in 1967, Herman’s Hermits were on tour, appearing with The Who and The Blues Magoos – as their opening bands – at Atwood Stadium. It was at the Flint Holiday Inn where the famous incident happened.

The date was August 23, the 21st birthday of Who drummer Keith Moon.

Fans of both groups had sent around 200 birthday cakes to the motel, which were all lined up in the dining room. Aware that people could have tampered with some cakes – like with poison or razor blades – they refused to eat them…..so what else to do? Have a massive food fight! Soon, cakes were being thrown everywhere.

Keith was running around in his underwear when a cop came in, being greeted with a large cake in the face. After apologizing and putting his pants back on, Keith was rushed out by the other bandmates when he tripped and fell face down on the pavement, knocking out his two front teeth.

According to Moon himself, he then proceeded to drive an automobile into the motel swimming pool. In an interview with Rolling Stone, he said, “I jumped into the first car I came to, which was a brand-new Lincoln Continental. It was parked on a slight hill, and when I took the handbrake off, it started to roll and it smashed straight through this pool surround (fence), and the whole Lincoln Continental went into the Holiday Inn swimming pool, with me in it”.

Moon also blew up his motel room toilet with a cherry bomb…..but what is not very well known is, that it was the members of Herman’s Hermits who introduced The Who to American explosives like cherry bombs!

Read more about this legendary tale on Mlive by CLICKING HERE.