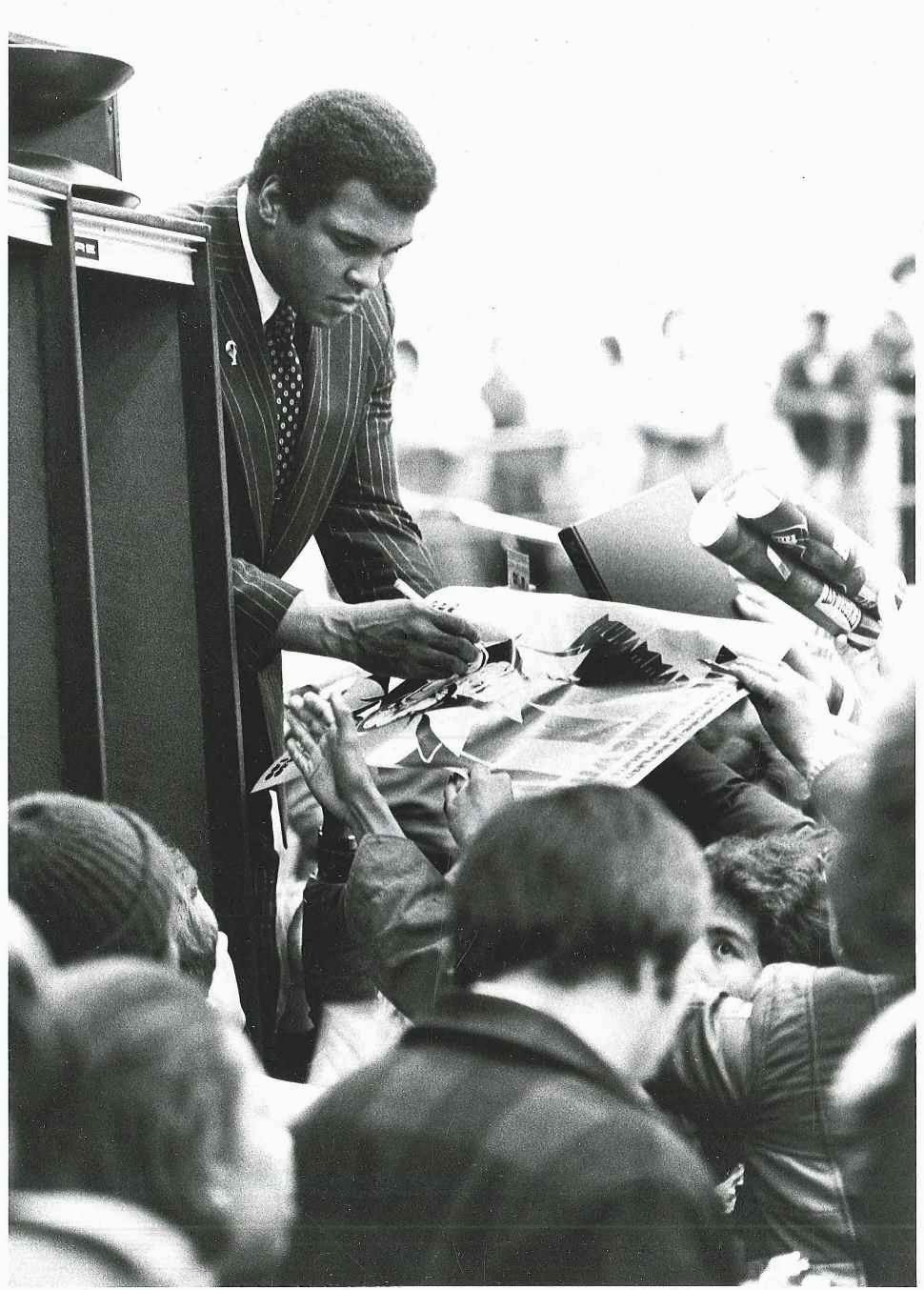 January 28, 1979, three-time heavyweight boxing champion Muhammad Ali came to Mount Pleasant to speak to a crowd of about 2,000 at Rose Arena on the Central Michigan University campus. Those in attendance who hoped to hear Ali tell of his greatest fights against Liston and Frazier, or Foreman and Spinks were in for something more than the boisterous oration Ali used in and around the ring. The champ certainly spoke about boxing, but he spoke more about motivation, success, his faith, and working to make the world a better place for all of its citizens. The 37-year-old Ali, who had regained the heavyweight championship just four months prior, mentioned projects he would tackle after his boxing career was over. His plans included starting an organization to bring equality to people across the globe. This organization, World Organization of Rights, Liberty, and Dignity, was founded by Ali in 1985.