It started out as a conversation about some vintage War of 1812 cannon balls that were retrieved from the floor of Lake Erie.

But it ended up as a historic restoration project between two state senators from different parties — Mike Kowall, a Republican from White Lake Township, and Steve Bieda, a Democrat from Warren.

The two history buffs are hoping to raise $75,000 this year to replace the two Civil War-era cannons that sat on the lawn of the state Capitol from 1879 to 1946.

The two cannons were used by the highly regarded First Michigan Light Artillery Battery, better known as the “Loomis Battery” because of the military leader Cyrus O. Loomis.

They fought in many battles, including the Battles of Perryville in Kentucky, Stone Rivers in Tennessee and Chickamauga in Georgia. All three were key skirmishes that led to the Union victory over the Confederates. The Michigan unit’s participation was part of the reason that President Abraham Lincoln famously stated, “Thank God for Michigan.”

Two Civil War, 10-pound Parrott guns once flanked the walkway that leads to the front entrance of the Michigan Capitol.

It is widely believed that the original guns disappeared approximately 70 years ago during a World War II scrap metal drive. With the 150th anniversary of the American Civil War, the two put partisanship aside and spent the past two years raising money to bring exact replicas of the guns back to the State Capitol.

The original cannons belonged to the renowned Loomis Battery, led by General Cyrus O. Loomis of Coldwater and comprised of local volunteer soldiers of the Coldwater Light Artillery. The Loomis Battery participated in many significant Civil War battles, including Perryville, Stones River and Chickamauga.

“Like all of America’s soldiers, Michigan’s Civil War soldiers gave up so much for our nation, and this is our way of thanking them,” Bieda stated. “Like many in Michigan, I have a passion for our history, and when I found out these original guns went missing, I immediately agreed to work with Senator Kowall to bring Michigan’s history back to the Capitol’s front steps to bring that legacy to life.” 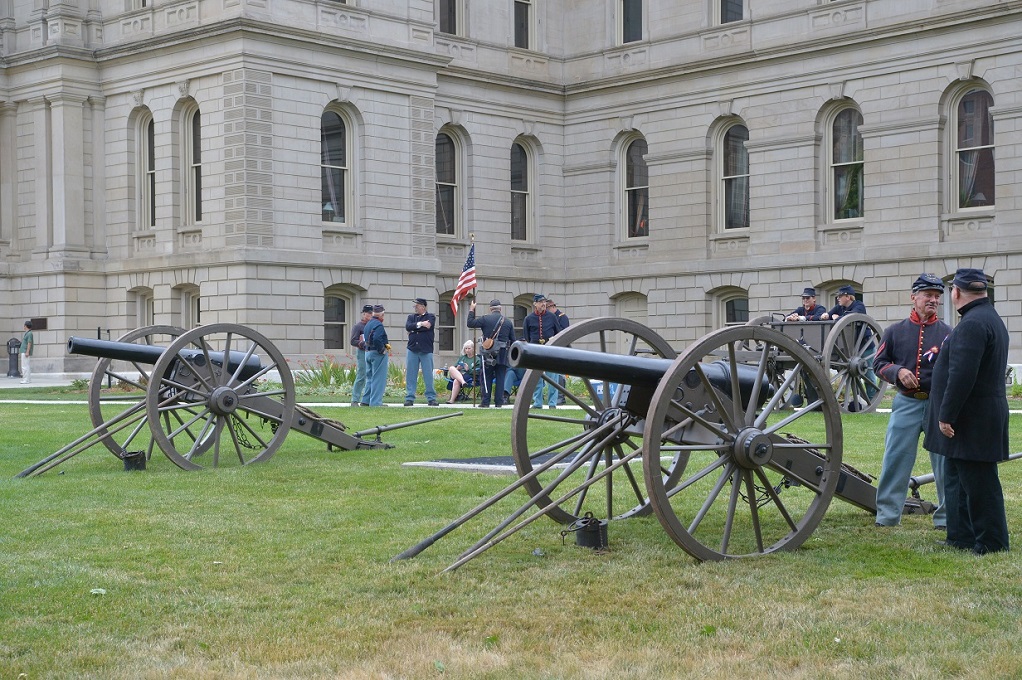 A public ceremony is planned for Aug. 8 on the front lawn of the State Capitol as the Loomis cannons are restored to their rightful place. The event will include Civil War re-enactors, firing of Civil War cannons, an original Loomis cannon on display, a President Abraham Lincoln re-enactor and more. This historic and fun event is planned as a family affair.