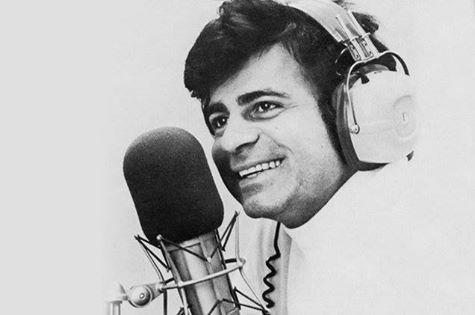 He was born Kemal Amin Kasem in Detroit in 1932, the son of Lebanese immigrants who owned a small grocery store. His youth in the 1930s and 40s coincided with the golden age of radio drama, and Detroit radio was bursting with locally-produced, nationally-distributed shows such as The Lone Ranger.

Kasem often credited his love of storytelling and American Top 40 delivery to his acting days in Detroit.

He started out on the air as an intern actor on the Detroit Public Schools radio station WDTR while he was still a student at Northwestern High School. While attending Wayne State, he earned his first paycheck, working as an usher at a WXYZ quiz show.

After service in the Korean War, Kasem returned to Detroit and worked bit jobs in radio drama until he scored the nighttime slot job on music station WJBK, the first Top 40 station in Detroit, in 1956. Still considering himself an actor, he used scripted routines and sound effects on his show, dubbed Casey at the Mic.

After Cleveland, Kasem worked at radio stations in Buffalo, N.Y., Oakland, Calif., and finally, Los Angeles, where he ended up on KRLA in 1963. There he dropped the comedic bits, under the gun from a program director who wanted a streamlined delivery and less schtick.

Determined to do more than just station identifications, weather and song titles, Kasem started adding biographical tidbits about each artist, delivered in that warm, avuncular voice. It was a format that worked, evolving until he brought it to a national audience with American Top 40, which debuted on July 4, 1970.

His AT40 success had been helped along by Kasems success as a voiceover artist, a career he had pursued in Los Angeles while doing his music disc jockey jobs in the 60s.