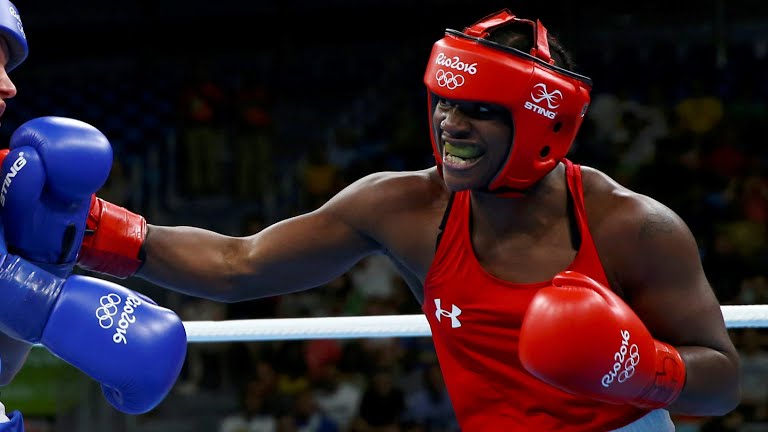 And the Flint native did it with the same ferocious flair — winning a unanimous decision over the Netherlands Nouchka Fontijn in the women’s middleweight final at the Riocentro Pavillion — that has made her one of the most talked-about amateur fighters in the world.

This is gold medal story of survival, escaping from poverty and a difficult childhood, bouncing between 11 homes by the time she was 12, turning all of that pain into a champion boxer.

For the moment, PBS is make available T-Rex: Her Fight for Gold available for free.

American Knockout – Claressa Shields 2012 Gold Medalist :  Gold medalist Claressa Shields talks about how she got into the sport of boxing and what it was like for her to win the gold medal at the London 2012 Olympic Games in the women’s middleweight category.

Scott Atkinson, “The Greatest (Woman) of All Time“, Hour Detroit, April 2018.  Flint boxer Claressa Shields may have Olympic gold medals under her belt, but she’s just getting started.