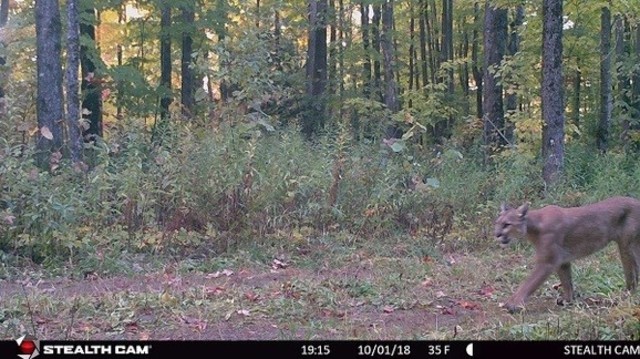 A cougar has been spotted for the first time in years by a Michigan Department of Natural Resources’ (DNR) camera.

The animal was recorded wandering through a wooded area in Gogebic County in the Upper Peninsula on the evening of Oct. 1.

Although there have been 38 confirmed reports of cougars since 2008 — 37 in the Upper Peninsula — this is the first time since 2009 that the DNR has snagged a shot of the animal in action among its 3 million game camera images, said Kevin Swanson, wildlife management specialist with the DNR’s Bear & Wolf Program.

“They’re so rare in the Upper Peninsula,” Swanson said. “These are dispersers, transients coming from the Dakotas, from northwest Nebraska. We just get a few moving through the Peninsula.”

It’s impossible to say whether the cougar was male or female, the DNR said.