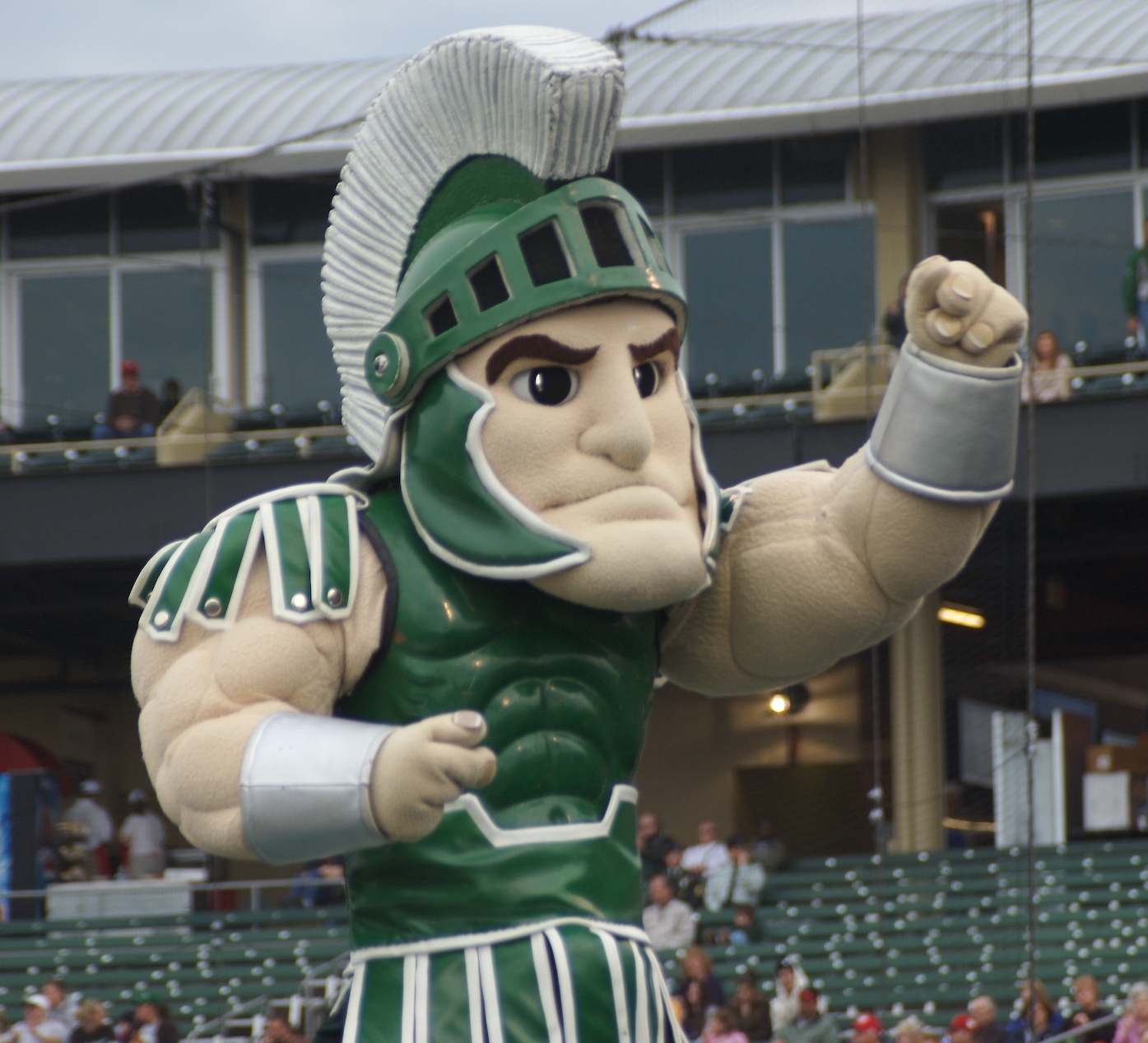 Here’s a picture of a much earlier Sparty. The Sparty character portrayed here dates from 1956 to 1984, when it was donated to the MSU Museum.

The older costume itself was constructed of fiberglass and weighed 85 pounds! Since the costume was so top heavy Sparty almost always rode around campus events in his chariot (also in the MSU Museum collections). The chariot was pulled by a cart cleverly concealed under the “Worlds Largest” football.

The keepers of the Sparty costume were the Sigma Phi Epsilon fraternity, who would store it in the living room of their fraternity house. One year some University of Michigan students got into the fraternity house the night before an MSU — U of M game at Ann Arbor and stole the head. Sigma Phi Epsilon then had to scramble and take a makeshift papier-mâché Sparty head to the game. Before the game started, four U – of M men came out at the top of the stadium carrying the Sparty head with a new coat of maize and blue paint on the helmet. They raised it high to the cheers of the Ann Arbor crowd and then laid it down and ran out. It was passed down through the hands of the spectators to the field where it was retrieved by Sigma Phi Epsilon members.

If you look closely enough there are still traces of blue and yellow paint on the head!