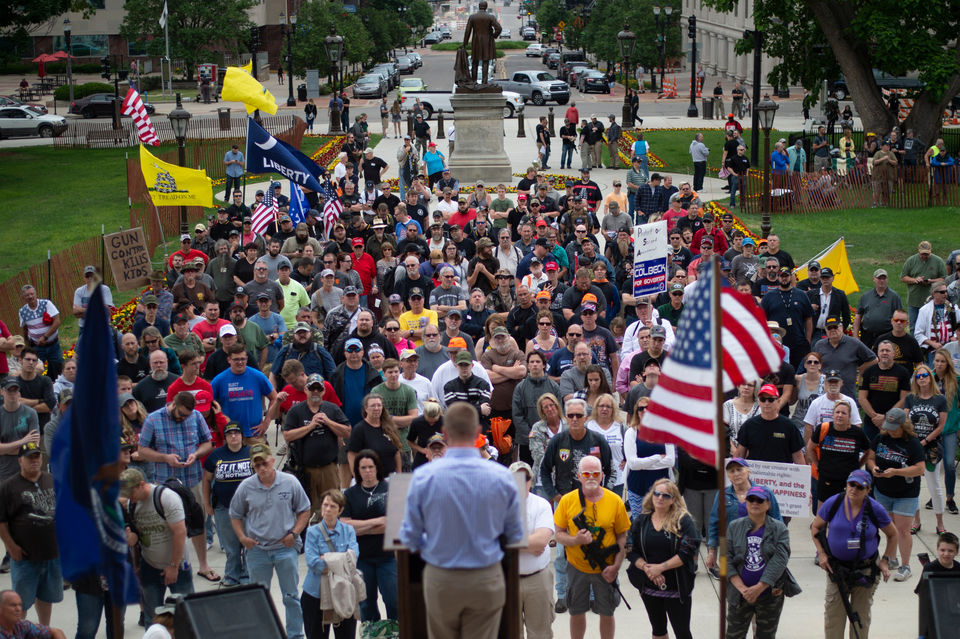 Hundreds of gun rights activists from across Michigan gathered at the Capitol on Wednesday to demonstrate their right to openly carry their guns and advocate for protecting the Second Amendment during the annual Second Amendment March. The annual rally has taken place for the past eight years.