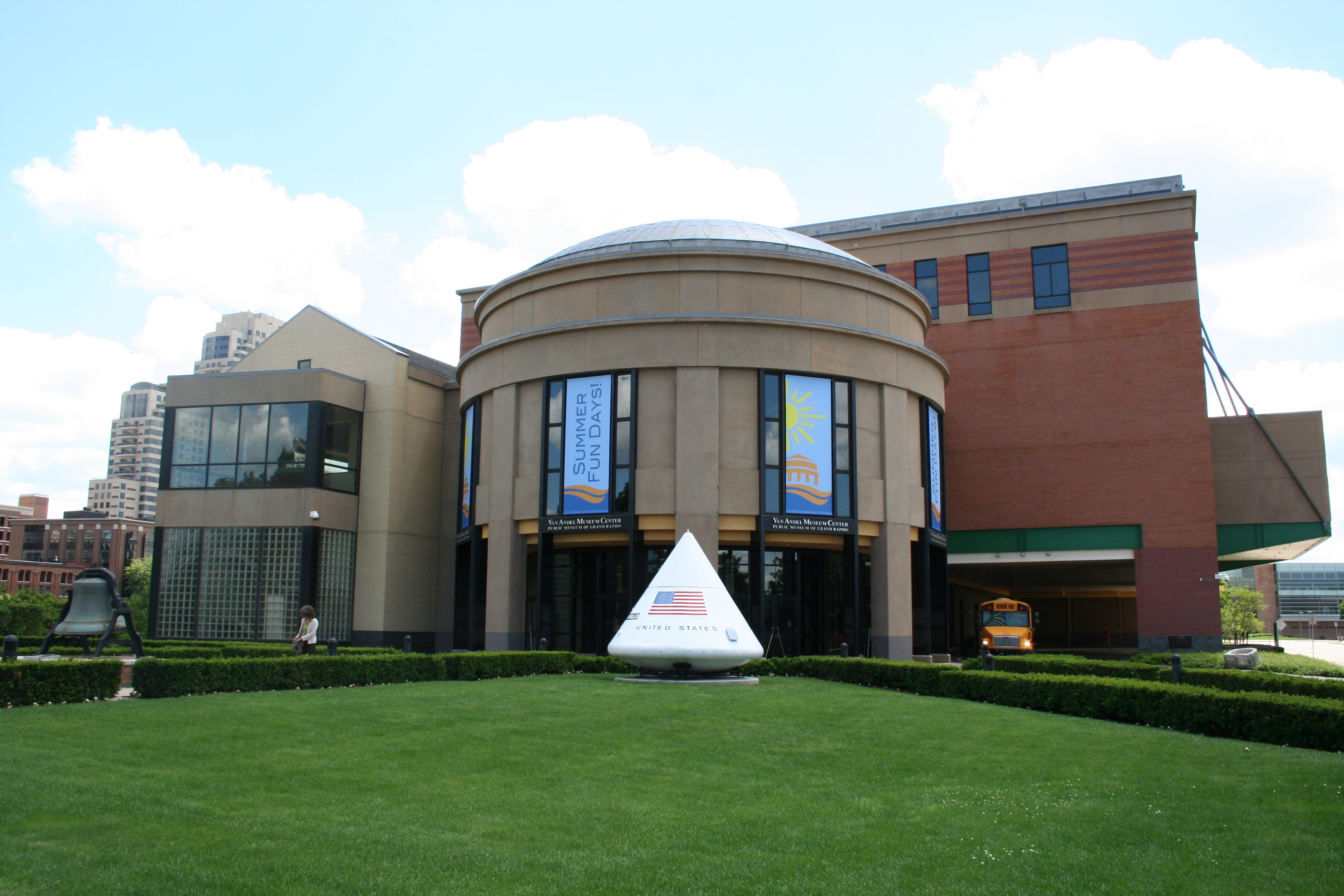 July 20th just happens to be the anniversary of our first steps on the moon (July 20, 1969).   To commemorate the occasion, and tie it to Michigan, the Mix 95.7 Grand Rapids  provides the following story about the Apollo capsule in front of the Grand Rapids Public Museum:

The capsule in front of the Grand Rapids Public Museum is an actual Apollo Capsule, but it wasn’t a capsule that sat atop an Apollo Rocket. The capsule was made for training astronauts.

This type of capsule is known as a “Boilerplate”.  According to wikipedia: “A boilerplate spacecraft, also known as a mass simulator, is a nonfunctional craft or payload which is used to test various configurations and basic size, load, and handling characteristics of rocket launch vehicles.”

The Apollo Capsule (boilerplate) in front of the Grand Rapids Public Museum is BP-1227.  This capsule was built, along with dozens of other capsules, in the 1960s to test various systems on the Apollo Rockets.  Now this is where the story gets a little bit weird…

BP-1227 was lost at sea in early 1970 during a routine training drill to recover the Apollo boilerplate capsule by UK-based naval units.  Later that same year, the capsule that was lost was miraculously recovered by a Russian “fishing vessel.”  Many believe that the fishing vessel was actually a spy boat that was tracking the capsule as part of an intelligence operation.

The capsule was taken back to Russia and in late 1970 the Russians invited the Americans to recover their capsule.  On September 8th, 1970 the US Navy Icebreaker, Southwind, made a stop in Murmansk to recover BP-1227.  This was the first visit to a Soviet port by a US military vessel since World War II.

After the capsule was returned, the Smithsonian Institution spent the next several years restoring BP-1227 before it was eventually given on loan to the City of Grand Rapids in 1976.  The boilerplate capsule was dedicated to the people of Grand Rapids on December 31, 1976.  Students from local high schools filled BP-1227 with everyday items from their lives to form a time capsule.  The time capsule was sealed on the last day of our nation’s Bicentennial year and it is to be opened on July 4th, 2076, as our nation celebrates its Tricentennial.

Another picture of the capsule in front of the Grand Rapids Public Museum courtesy of Absolute Michigan: 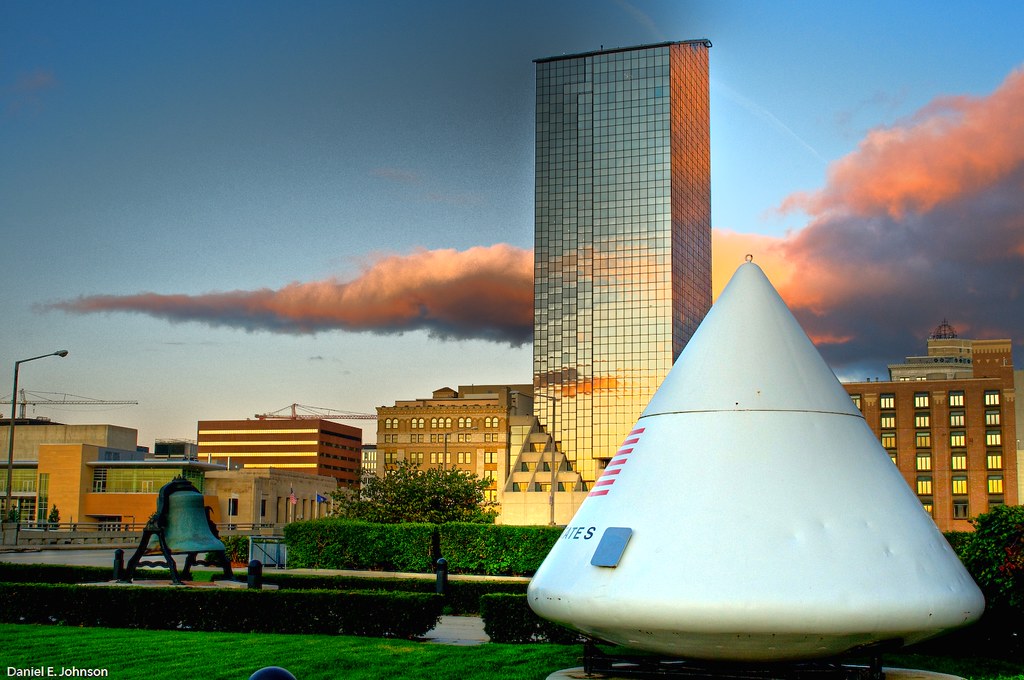 Bonus:  The Grand Rapids Public Museum is also the home of the Roger B. Chaffee Planetarium, named after the Apollo 1 astronaut who was a native of Grand Rapids.

Walking on the Moon: The Apollo Capsule in Grand Rapids