In 1821, when he left for Washington to become Chief of the Army Corps of Engineers, the citizens of Detroit presented him with a silver tankard of gratitude bearing the inscription:

THE CITIZENS OF HIS NATIVE PLACE, DETROIT,

OF ATTACHMENT AND RESPECT

FOR HIS PERSON AND CHARACTER

Alexander Macomb went on to become, like Alexander Hamilton (and Mad Anthony Wayne!) before him, Commanding General of the U.S. Army.

He also painted this — 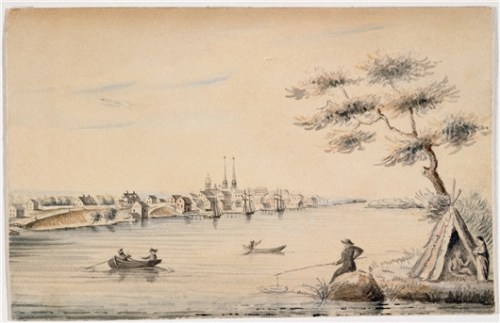 — and wrote a play about Chief Pontiac. Renaissance man!