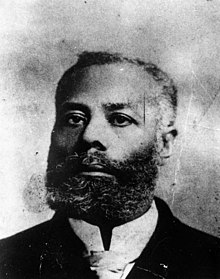 Elijah McCoy was born on May 2, 1844 in Canadato fugitive slaves who moved to Ypsilanti when Elijah was three. He studied, apprenticed, and became a mechanical engineer in Scotland, but when he returned to Michigan, because he was black, he could only work as a fireman and oiler on the railroad. He had a machine shop at his home, and he invented an oil cup lubricating system for steam engines. Though it was often copied, his system was preferred, hence engineers asking for “the real McCoy.”

After the turn of the century, he attracted notice among his black contemporaries. Booker T. Washington in Story of the Negro (1909) recognized him as having produced more patents than any other black inventor up to that time. This creativity gave McCoy an honored status in the black community that has persisted to this day. He continued to invent until late in life He went on to patent nearly 60 inventions, most for lubricating systems, but he also invented a portable ironing board, a lawn sprinkler, and type of tire tread.

Elijah McCoy died in the Eloise Infirmary in Nankin Township, now Westland, Michigan, on October 10, 1929, at the age of 85, after suffering injuries from a car accident seven years earlier in which his wife Mary died. He is buried in Detroit Memorial Park East in Warren, Michigan 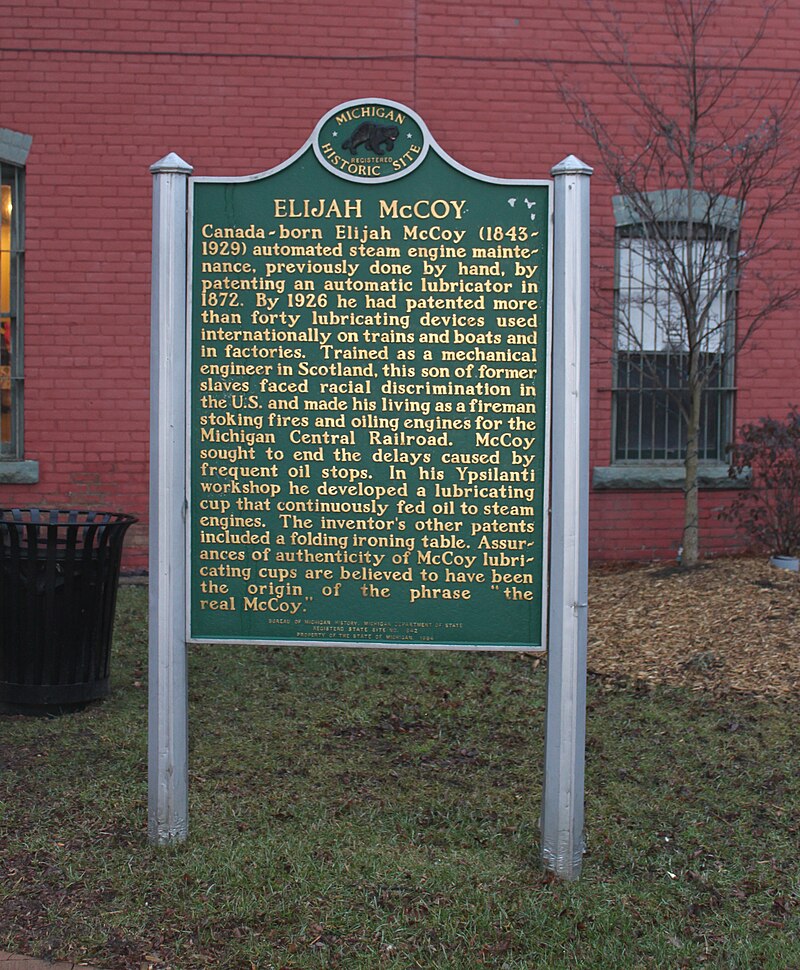 After his death, numerous historical markers were erected in Michigan, including at his various homes, his first workshop, and his grave, and :